Yay!  Another first....that's always fun for me.  I had a bride contact me to get a quote on a bridal sash.  She sent me a picture of herself at the bridal shop in the gown she selected with a beautiful rhinestone sash attached. 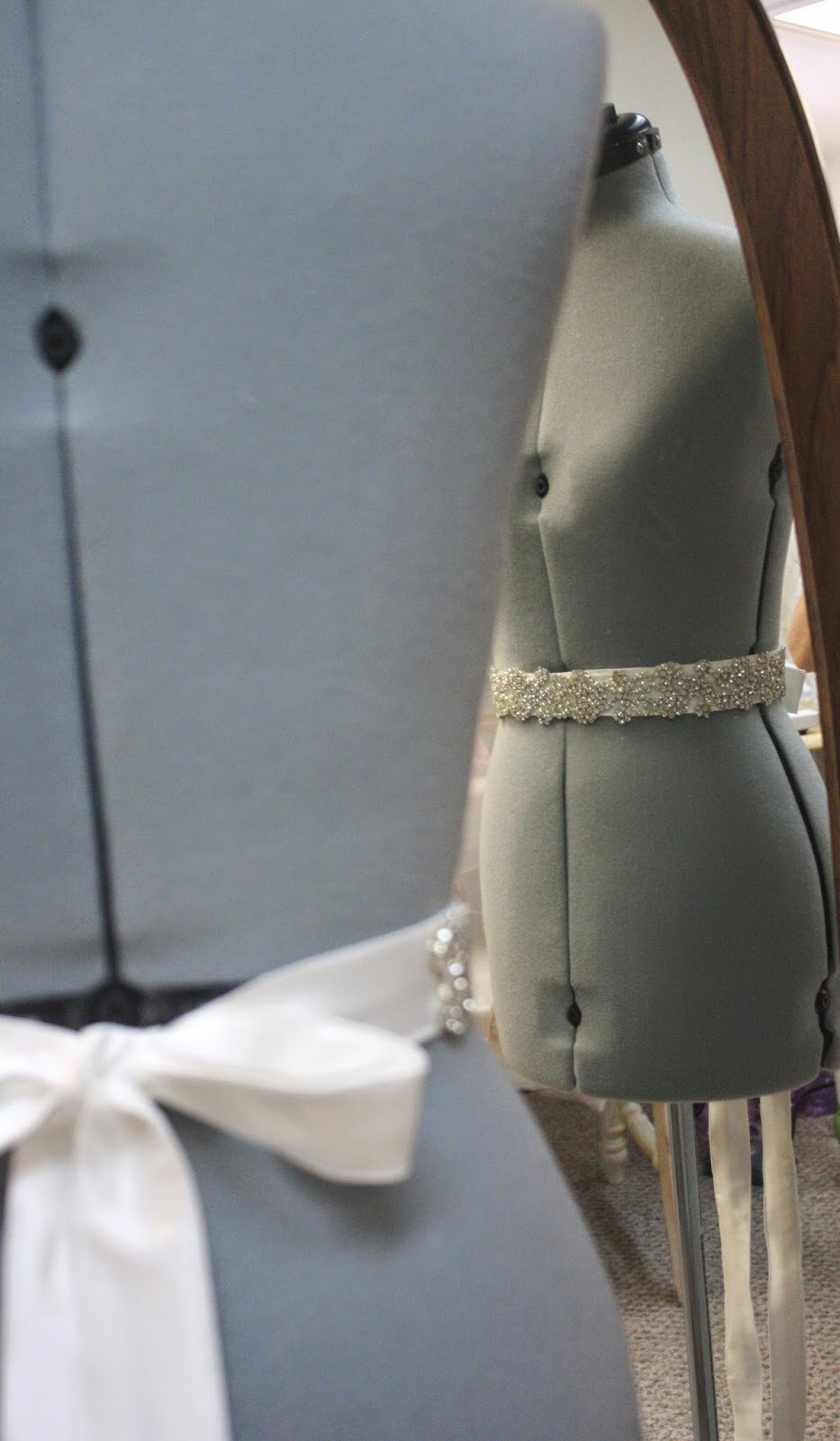 She told me the shop wanted close to $400 for the sash.  Wait, What?  I was able to make her sash for under $100....and I found a rhinestone trim that was almost an exact replica of what she had on in the store! She was looking to have the trim on just the front of the dress (from side seam to side seam), the ribbon would then just tie in a bow at the back with the tails cascading down the back of the gown.  Easy enough. 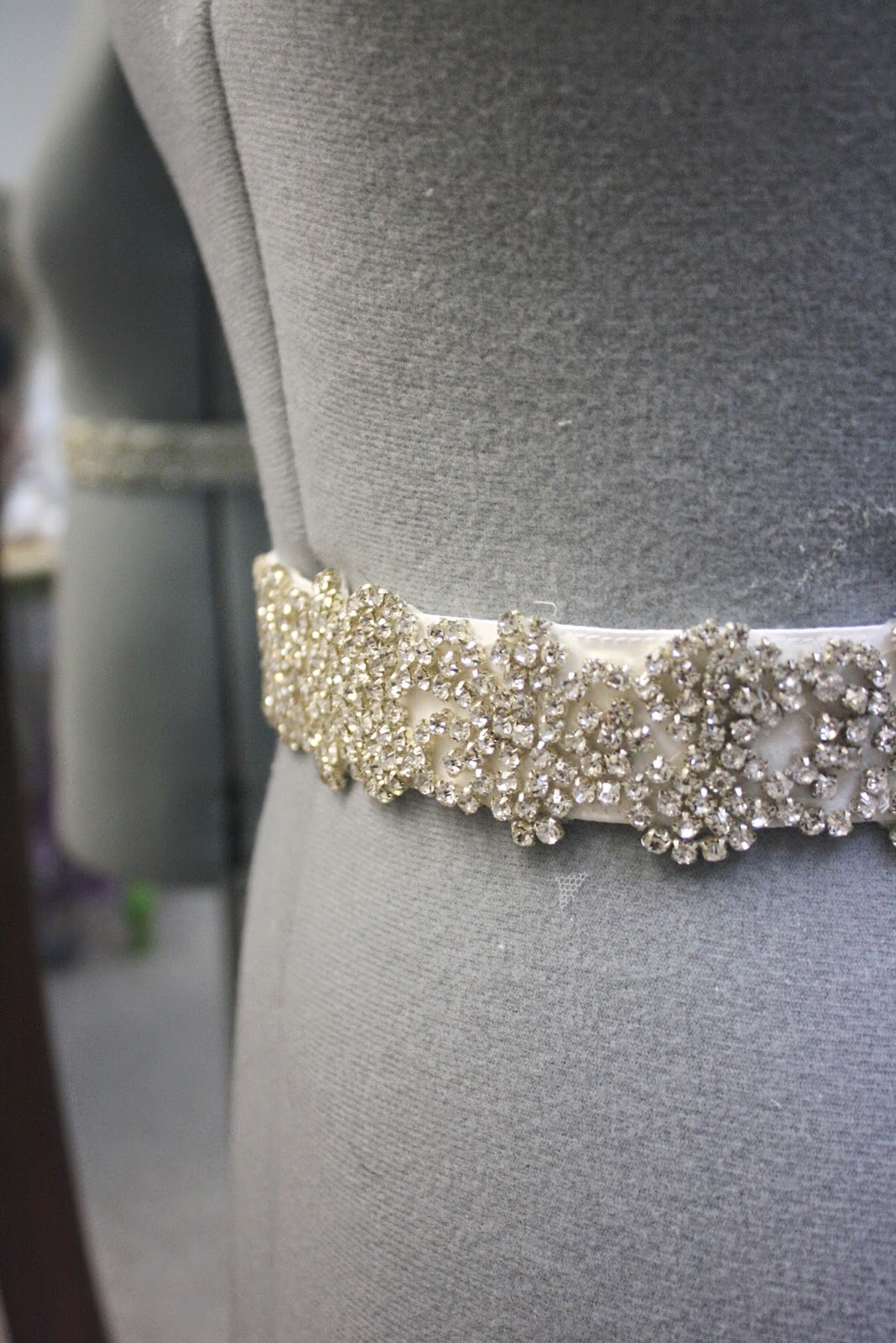 I asked the bride for a snip of fabric from a seam allowance of her dress so that I could match the color (she was in Wyoming)..there are so many subtleties in wedding gown colors, I wanted to be sure the ribbon was a good match.  I wasn't able to find a good match on ribbon (maybe I'm way too picky), but I did find a luscious satin fabric which was just perfect.  She described the color as pearl...and that is an absolutely perfect description.

The trim itself was 1 5/8" wide at the widest point, so I made the sash 1 1/2" wide.  Because the trim was pretty heavy due to all the stones, I chose to give the the sash some additional stability by using horsehair braid in between the two layers of fabric for only the length of the trim, the rest of the sash was just the fabric to allow it to drape nicely.

The trim could be sewn by hand onto the ribbon, or ironed on.  I chose to do both; I stitched it in several places, and then used a hot (no steam) iron and pressed it with the trim face down.

I actually purchased extra trim and fabric so that I could make an extra to try to sell in the future. I made a couple minor changes so that each sash was unique; that's the beauty of custom made items right? I so enjoyed making these that I made another sash using an organza ribbon and a wider crystal beading trim that was a leftover from my daughter's gown.  I added some additional rhinestones and pearls to make it truly unique and hand sewed it to the ribbon.  So pretty!

Once I got going, I couldn't stop.  I decided to order several different colors of grosgrain ribbon, and some rhinestone appliques and made one in an oatmeal color and another in a beautiful shade of pink.

I love this trend ..... what a lovely way to enhance the gown and accentuate the waistline!  So BEAUTIFUL!!

I was so happy to find these little suckers at Michael's recently.  I snatched up three to use in my sewing/design room. What the heck am I going to use them for, you ask?  Well, let me tell you....and show you..... 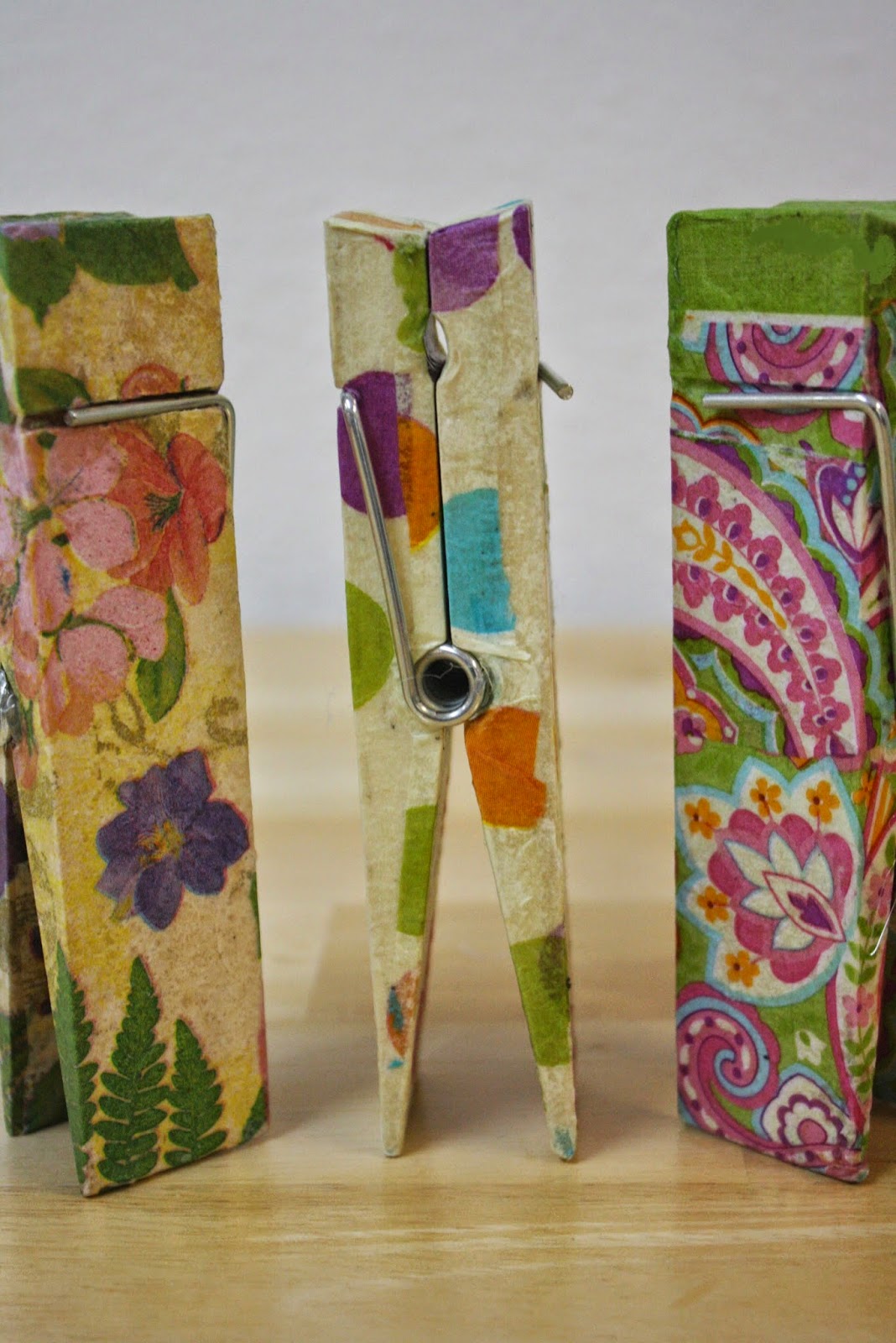 There are times when a client shares with me a picture of something they want me to make for them...a "knock-off" if you will.  Now, I don't mind making a "knock-off", but it's more fun for me when I'm allowed to use my creativity to incorporate some unique elements to the existing design to make it a couture design.   In either case,  I'll print out the picture(s) which are sent to me via facebook or email and print them.  I decided it would be nice todisplay them as I'm working on the project versus scattering them about on my cutting table and then burying them with the fabric, trim, etc. as I go along.  Can you hear the frustration?

Being able to display the front and back views, as well as other perspectives makes it easy to refer to the pictures throughout the entire process.   So that's where the clothespins come in.....Now you know me by now...I couldn't leave them just bare wood! 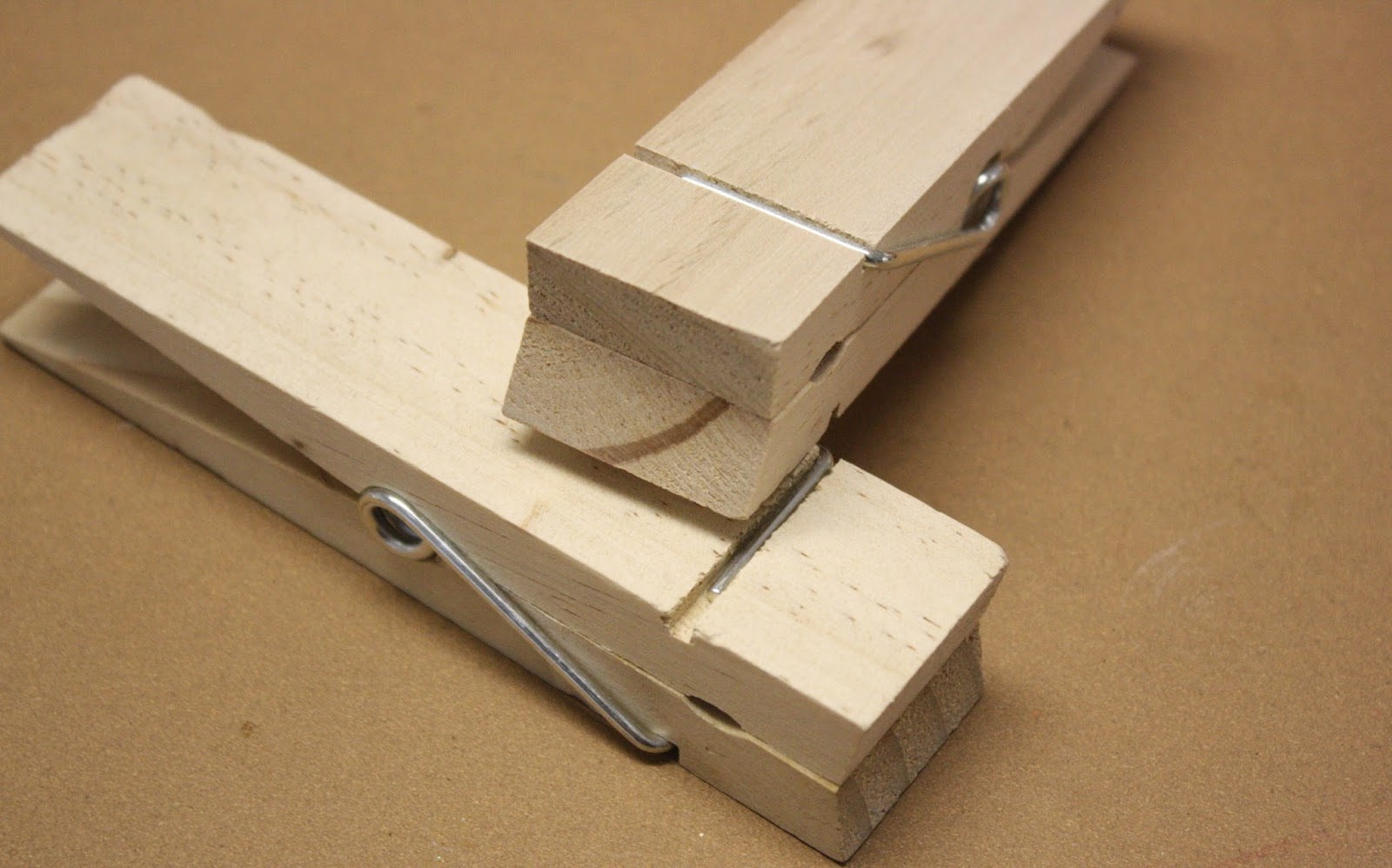 So, since it's been awhile since I broke out my trusty ModPodge I decided to use it and three different color coordinated napkins that I found at the party store.

The first thing I did was remove the hinge so I wouldn't have to work around it.  Then it was simply cutting out the patterns I wanted to highlight from the napkin and laying it down on the wood that I had coated with ModPodge.  Once I had finished covering both pieces, I let them thoroughly dry and then added two coats to finish them off; letting the first coat completely dry before applying the second coat. 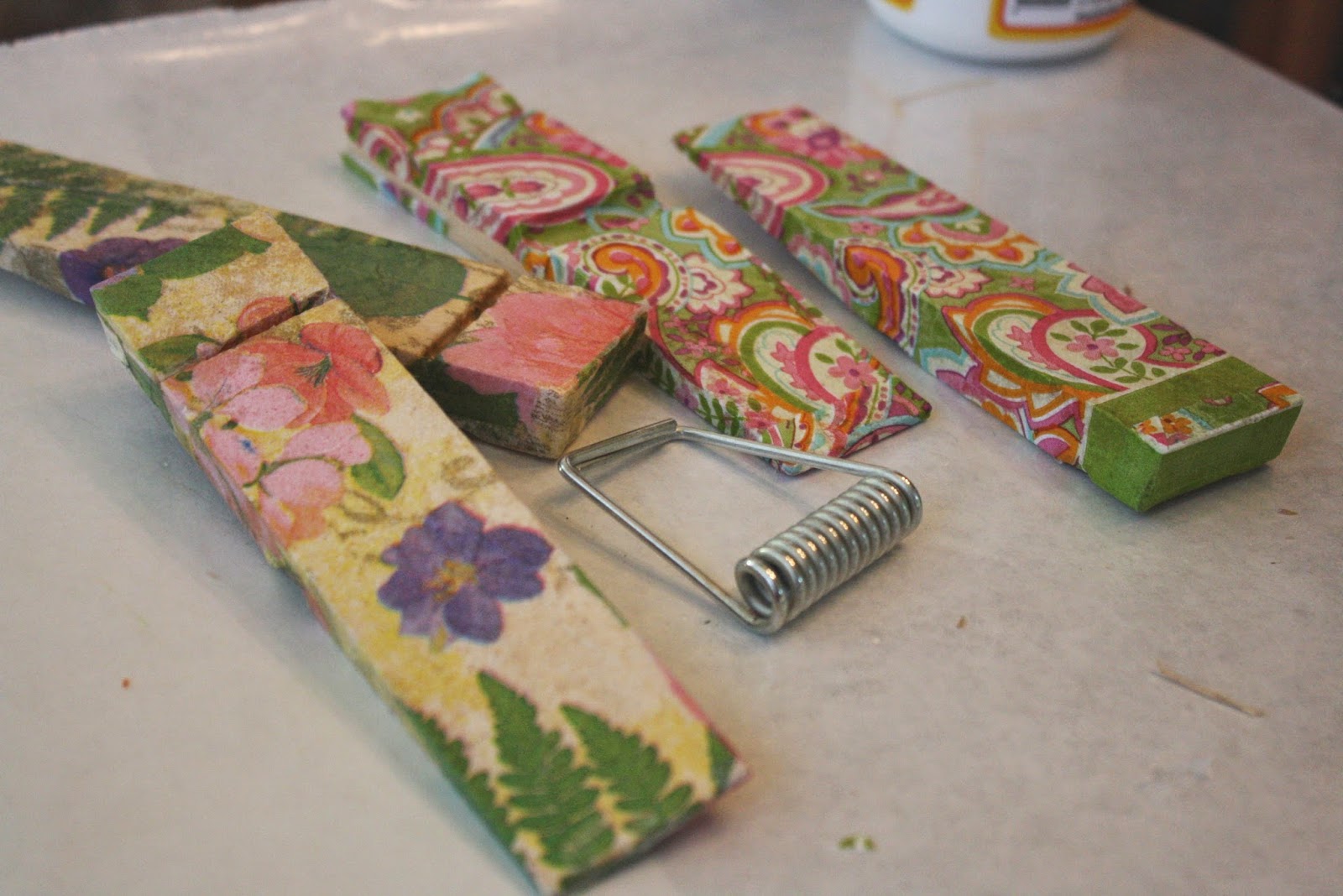 I can see using these as a fridge magnet to hold reminder notes, pictures or a grocery list....actually, there are lots of ways you can use these around the office or home.  And....there are plenty of ways to finish them, including hand painting, glittering (I glittered several of the regular size pins and used them to hold a banner at my daughter's wedding), you name it.  Let your creativity guide you.....

I'm getting ready to start on a ballroom dance dress for a friend who competes with her husband and this is going to be so cool to have the pics posted! 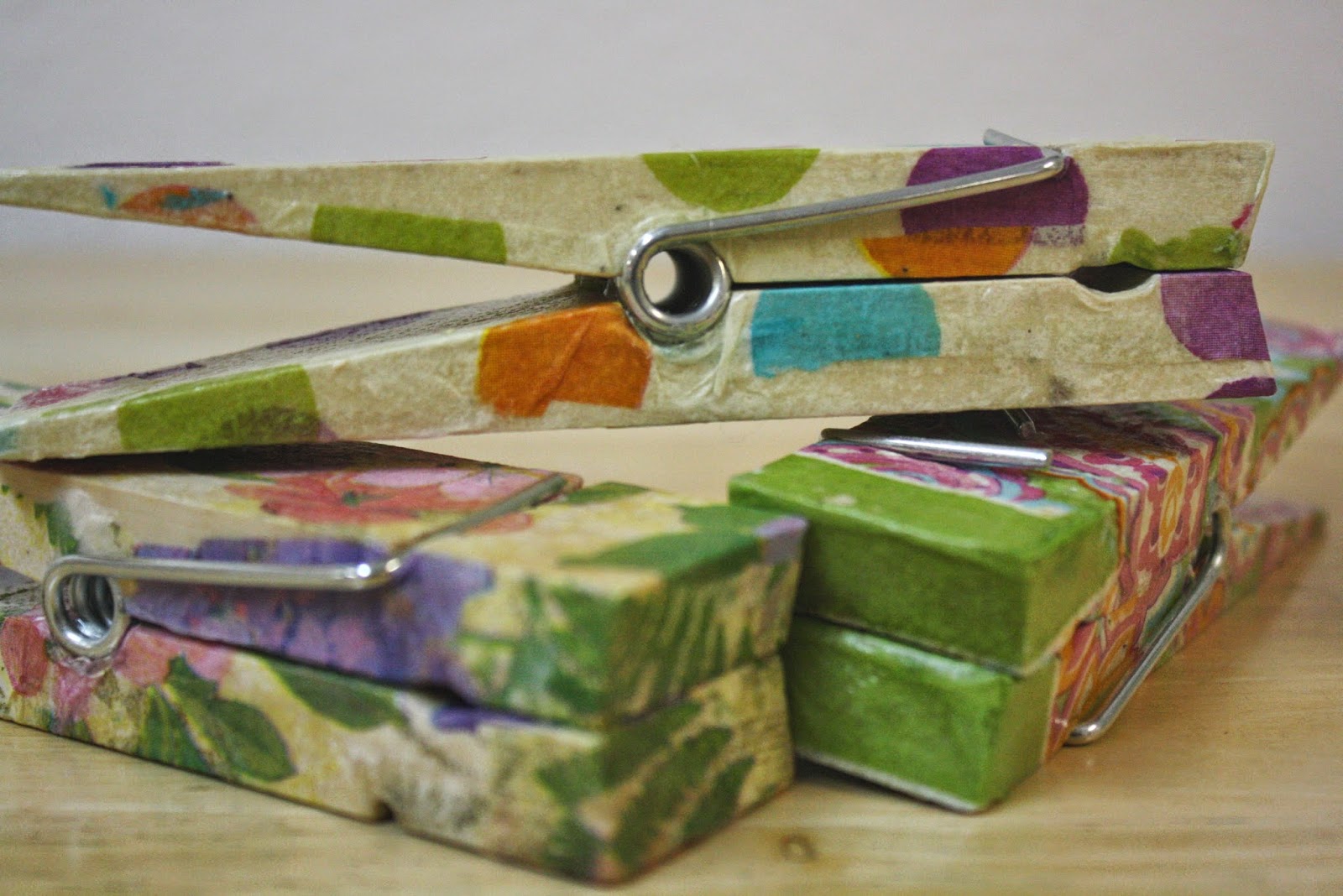 I made a recipe this past weekend which is definitely a keeper.....and it's also a main dish recipe!   If you've followed my blog at all you'll notice I tend to share more dessert recipes than anything else.  Yep, I'm the one in the family with a crazy sweet tooth.

This is a chicken recipe with mushrooms, spinach and cream cheese that is so good, I just had to share.  I made a french loaf and some veggies on the side (oh yeah...a glass of white wine) and savored the flavors. 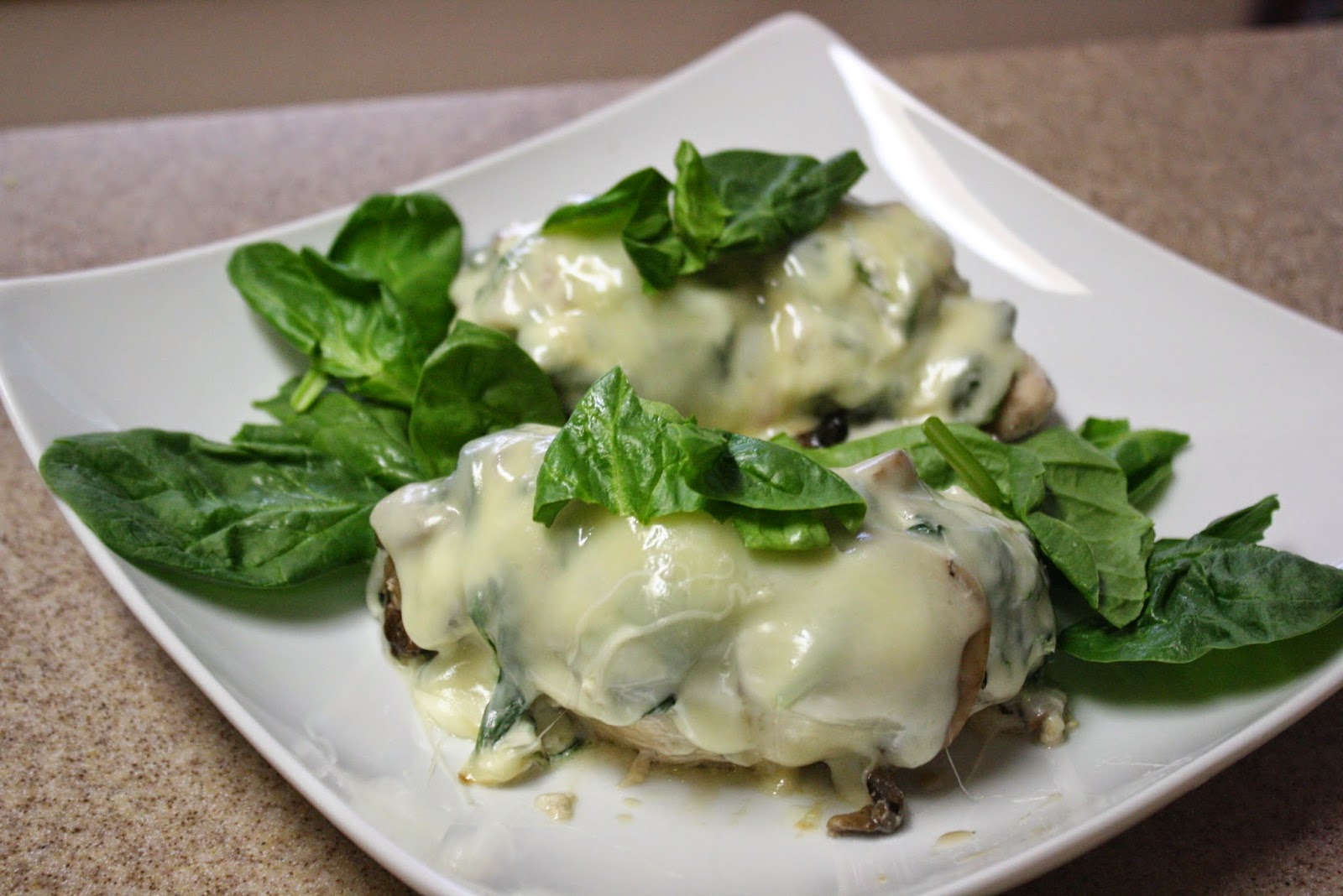 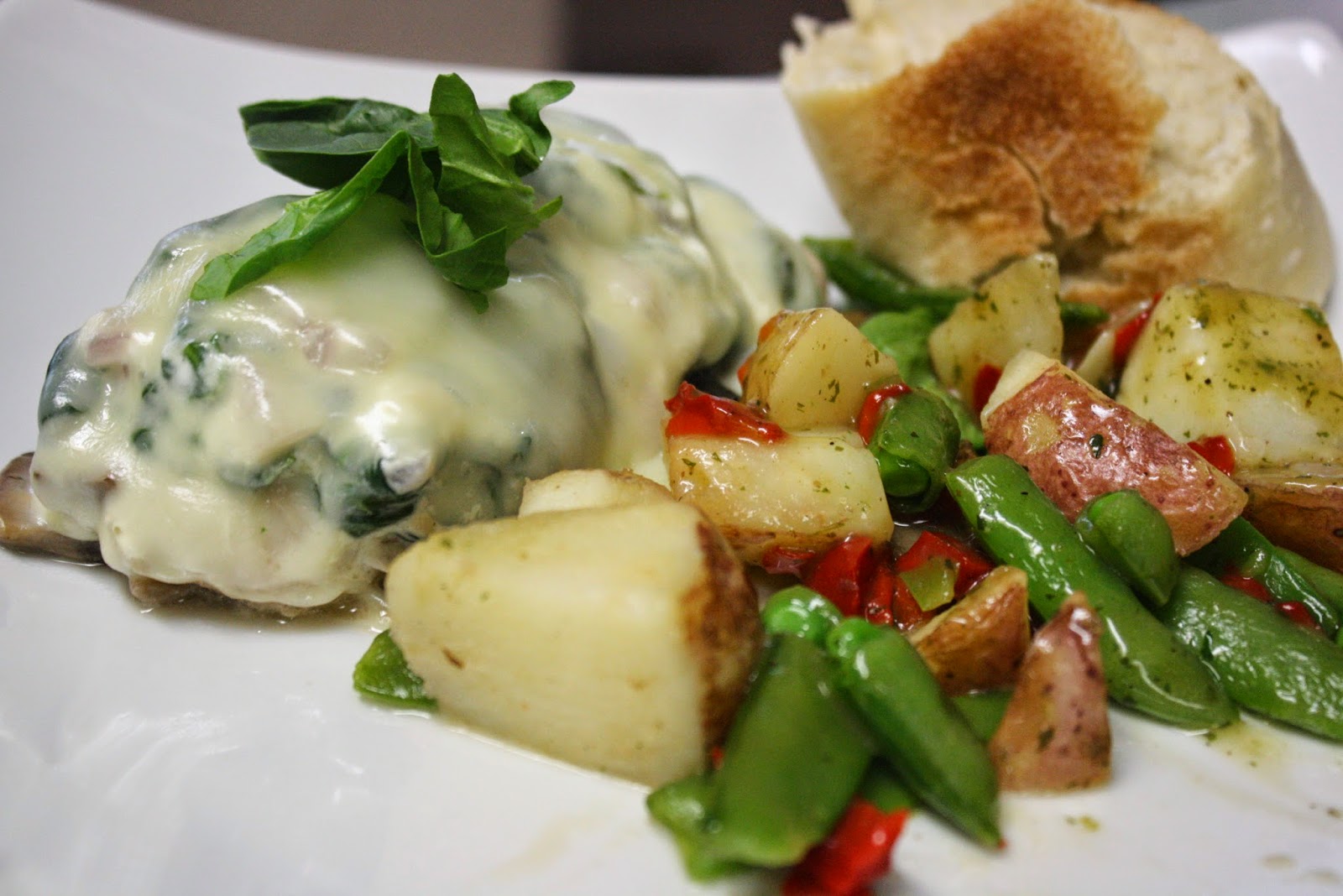 Pre-heat the oven to 350 degrees. Season the chicken breasts with salt/pepper.  Bake for 16 minutes. While the chicken is baking, make the creamed spinach.  Over medium-high heat, sautee the onions for 2-3 minutes in the olive oil.  Add the spinach and garlic (the spinach will shrink like crazy). When it's cooked through, stir in the cream cheese and the parmesan cheese.  Continue cooking and stirring until the cream cheese is melted.  Remove from heat. 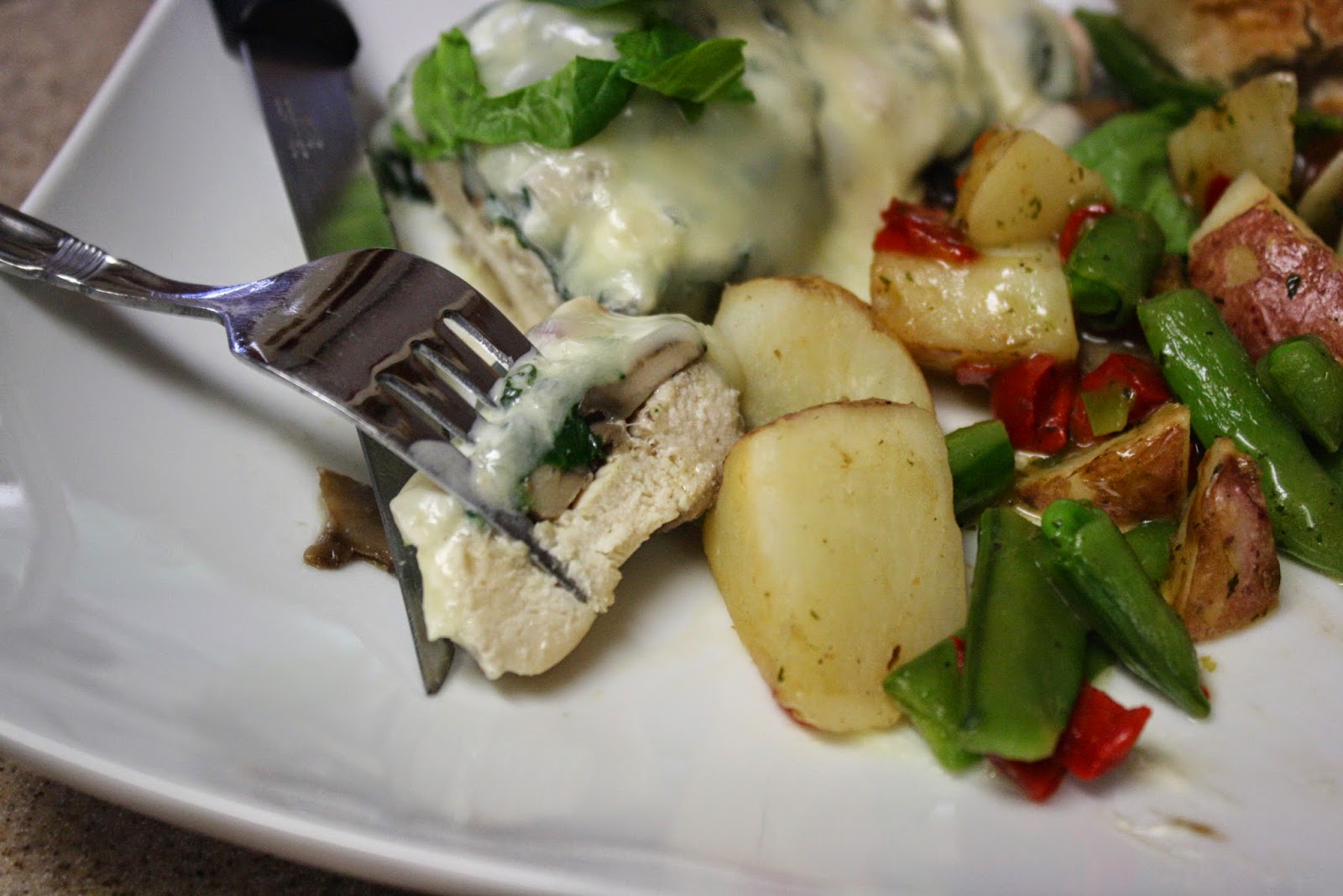 For the mushrooms, melt butter and olive oil in a skillet.   Brown the mushrooms; de-glaze the pan with the wine.  Add in the seasonings and cook until most of the wine is reduced.

Flip the chicken pieces over.  Divide the spinach and mushroom over the top of each breast.  Lay two slices of cheese over each piece of chicken.  Cook another 12-14 minutes or until the cheese is browned and the chicken is done.   This recipe called for double the garlic in the creamed spinach; additional in the mushrooms and garlic salt as seasoning on the chicken; I like garlic, but I don't like it to overwhelm the dish so I cut it way back and was happy with how it turned out.

I'll also tell you that when I went to make the dish the first page of the recipe was missing.  So, I didn't realize the chicken was to be baked.  I made the entire dish in the same skillet I sauteed my mushrooms.  Now that I know it's supposed to be baked, I'm looking forward to making it again.  I know that cheese is going to taste even better with it being slightly browned and crispy on the top!