To me, one of the easiest ways to change up your decor is through pillows....either adding pillows or re-purposing some you already have when changing up your color scheme.  Re-purposing is what I just did for my daughter for her new house.   This green set is going in her new guest room! 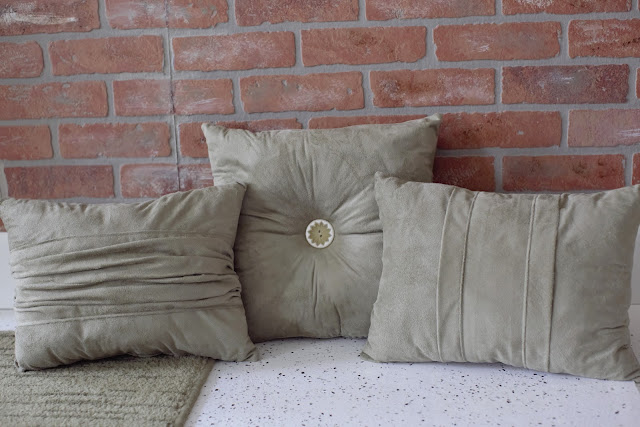 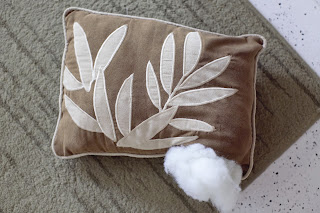 She originally had this three pillow set in a brown and tan which were part of a comforter set that she had purchased.  Her new guest room is far from brown/tan.  It's a beautiful light and airy white, peach and green room! 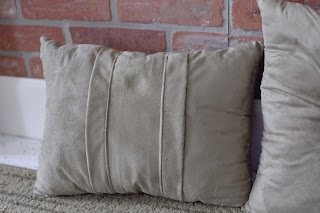 I found this pretty green ultrasuede fabric in the clearance aisle at Joann fabric.  With just a yard, I was able to put together these three as replacements.

I really didn't have any designs in mind, I just knew I wanted something other than rectangles and squares.


So after I cut out the base pattern, I started playing with the remnants for the fronts of the rectangular pillows.  I truly was just "winging" it as I went along.  I made one with a tuck front, the other with a gathered panel. 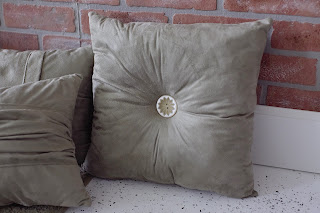 As I wandered through the fabric store I had the idea for a button front for one of them.  I was thrilled to hit a BOGO on buttons, so I used it for the largest pillow.

I was able to recycle the polyfill from the original set, so all three cost just under $20! 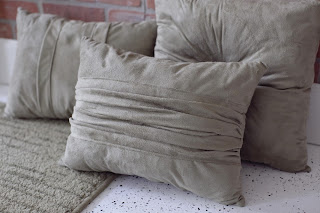 I also re-purposed a large set of four pillows for the sectional.  The sectional is a dark grey and the original pillows were black and grey.  She is introducing navy as her accent color, so we went with fabrics that brought blues into the room.   I wish I took pictures of those as well, but I didn't.   I made two large navy pillows and two made of this cute "travel" print.  Since this set will be getting a lot of use, I chose to add invisible zippers so the pillow cases can be removed and  laundered from time-to-time.       It's always fun to work on home projects...especially when they're for someone you love! 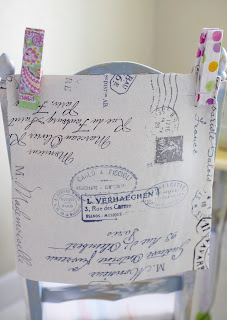