I don't know how long I've been wanting to refinish this piece.  I just knew that over the years it had lost its lustre and I wanted to restore its beauty.

Below is a picture of it before I began the restoration.  It's made of a mahogany wood and has beautiful lines and details, including those gorgeous legs....but not only was the finish dull, there were plenty of scratches, gouges and dings that had happened over the years. 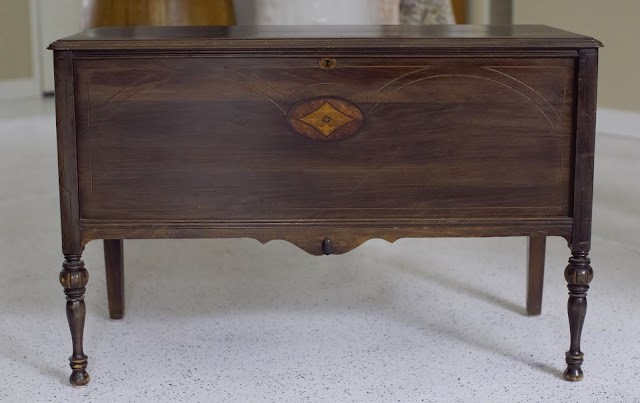 This is the piece after the restoration.  Isn't she a beauty!?  I decided not to go quite as dark with the stain.  I actually think that you can see more of the character of the wood with the lighter color. 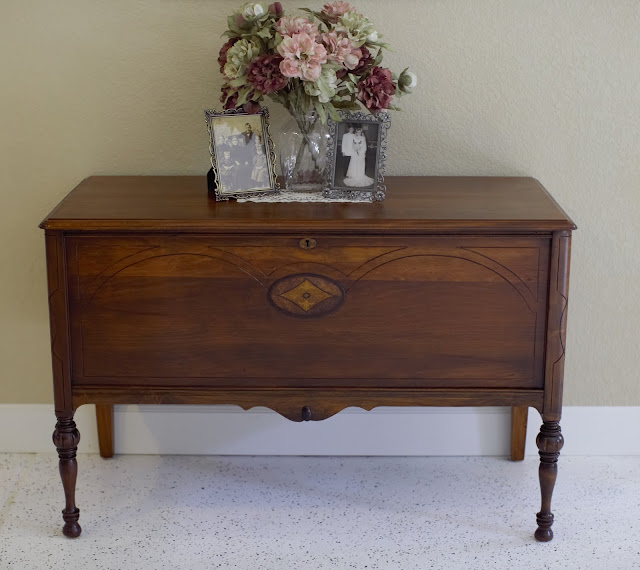 This truly was a tag team effort between my husband and I.  Before I began I read a lot of information on restoration, watched videos, you name it.  The last thing I wanted was to damage it along the way.  It took us several weeks to finish (we also had a couple of weather delays due to some unexpected cool weather that moved through), since there are lots of steps along the way, but it was definitely worth the effort.

You can see the scratches on the leg (original) on the left and look how pretty that new leg looks with a fresh coat of stain and finish! 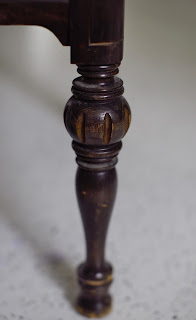 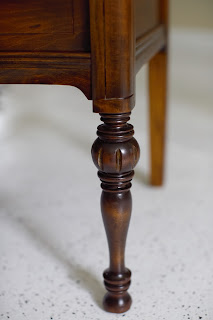 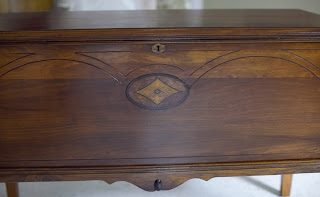 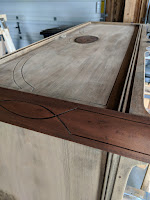 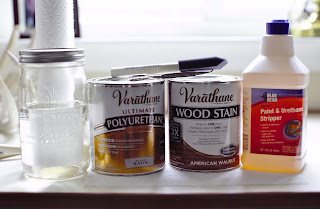 And there they are side-by-side the true "before" and "after".  I'm confident this piece is going to stay in the family long after I'm gone.  Hopefully, our efforts will keep it looking good for the next 100 years!