I am so excited to have my own office again!  I haven't had a door at work since 2006; since that time I've had the standard workspace cubicle with partial walls and absolutely no privacy.   That made it particularly tough dealing with sensitive issues as I have been.     So, I've been working on making this space my very own little-by-little.

There are several spreadsheets/reports that I reference over and over again that I wanted close at hand, but I've never been a fan of bulletin boards.  I think they end up looking really sloppy in no time and they take up so much wall space.   So I had this idea about a magnet strip or a cork strip to do the trick.  Here I thought I was being totally inventive, but after looking on the internet it turns out someone beat me to the idea.....there are all sorts of bulletin board and magnetic strips out there.   I'll be dipped though if I'm going to pay over $50 (that doesn't include the shipping and handling), for a 48" strip.  Really? 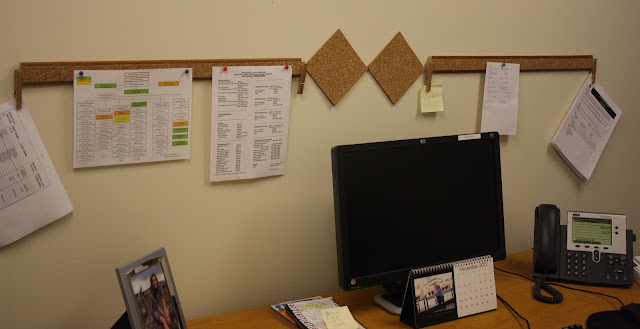 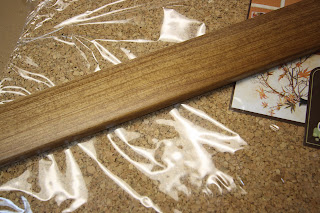 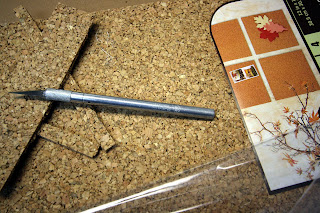 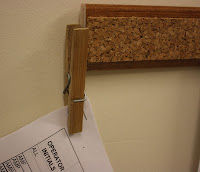 So, I took a run over to Lowe's and found myself a 6 ft. faux wood molding strip and a package of 4 squares of cork.  I had my husband cut me two 27" strips of the moulding and I went to town completing the rest of the project.   The whole thing took me less than an hour. I cut the cork into strips with an exacto knife, hot glued them to the moulding and then I decided to add a couple of clothespins at each end, just for fun.  Then, since I had a couple of scraps of cork leftover from the single square that I used.  I cut them into squares and used them as decoration between the two strips.  So there you have it! 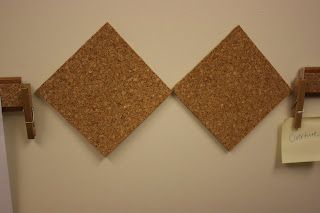 Now I have those items that I reference on a regular basis nearby, but I will still have plenty of room for pictures or shelves or both. 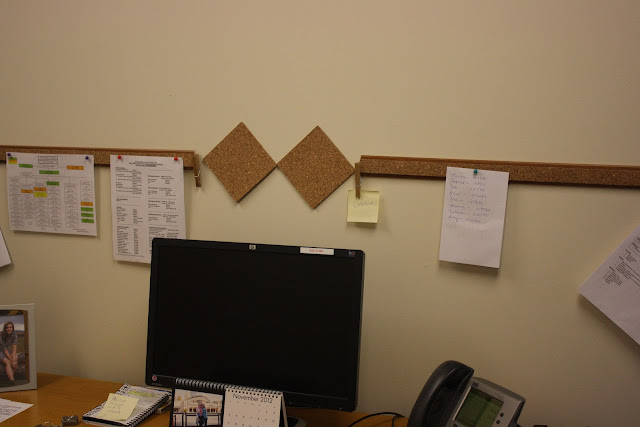