I found a little time away from the bridal gown that I'm working on to sneak in a project I had been thinking about.  My other daughter (the four legged one), had recently been treated to a new collar and leash; the one she had been wearing was disgusting!   So, I decided with a beautiful new collar, she needed a little accessorizing.  Doesn't every girl?  So, I made her a name tag. 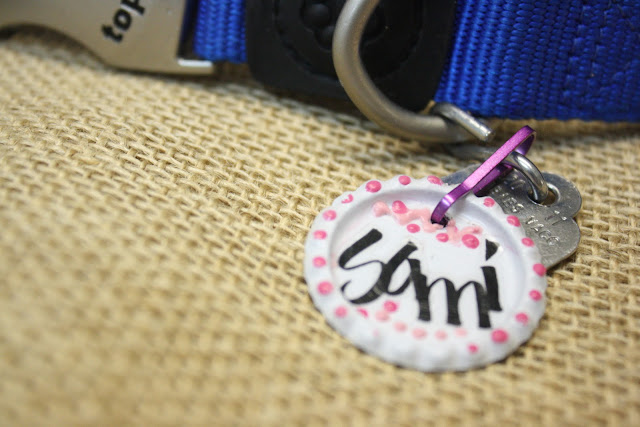 In several of my recent trips to Hobby Lobby, I spotted all different kinds of bottle tops; different colors, and patterns....now I'm not sure what everyone else is doing with them, but I thought they were the perfect size for a dog tag.  So, I finally got around to picking up a package of plain white caps that I could decorate.  I also picked up a package of key rings/clips and lettering. 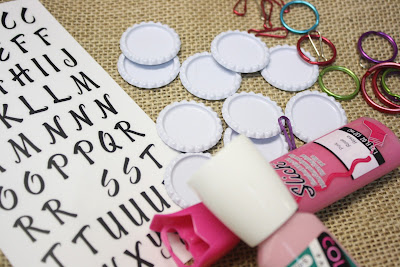 For my first prototype, I hot glued the key ring to the back of the cap and attached it to the leash.  I found that wasn't strong enough, so I ended up putting a hole into the cap itself and attached just the clip.  Much better!!    I'll have to see how the lettering holds up over time.  I may have to paint her name on by hand, we'll see.  I coated the entire cap with Mod Podge when I was finished, hoping that would give it some added protection from the elements.  She's like a new woman; she has a new swagger in her step due to her new bling! 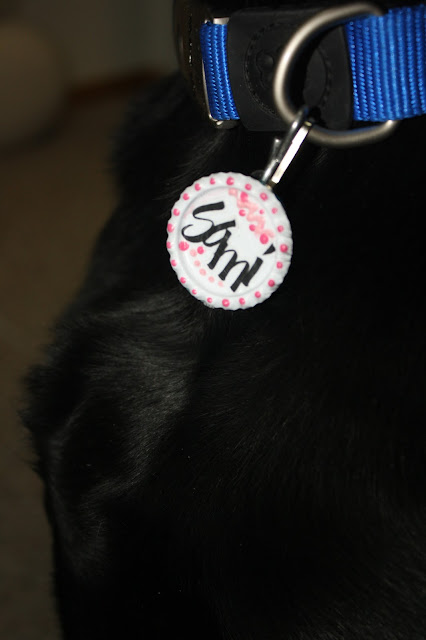