So, I'm taking credit for providing the inspiration for this project, but the rest was all my husband.  I had spotted deer antler candle holders in a store which had a number of tables all decorated for the holidays.  I was so taken with it, that I snapped a cell phone picture.   Knowing that my husband was making his annual trek to Texas for deer hunting this past December, I shared the picture with him in hopes that he would be able to bring home some antlers.

Not only did he come back from his trip with all sorts of venison (yum), but he actually had several "sheds".  He had been inspired by the picture and wanted to try his hand at making something.   I call it a candelabra since it holds multiple tapers. 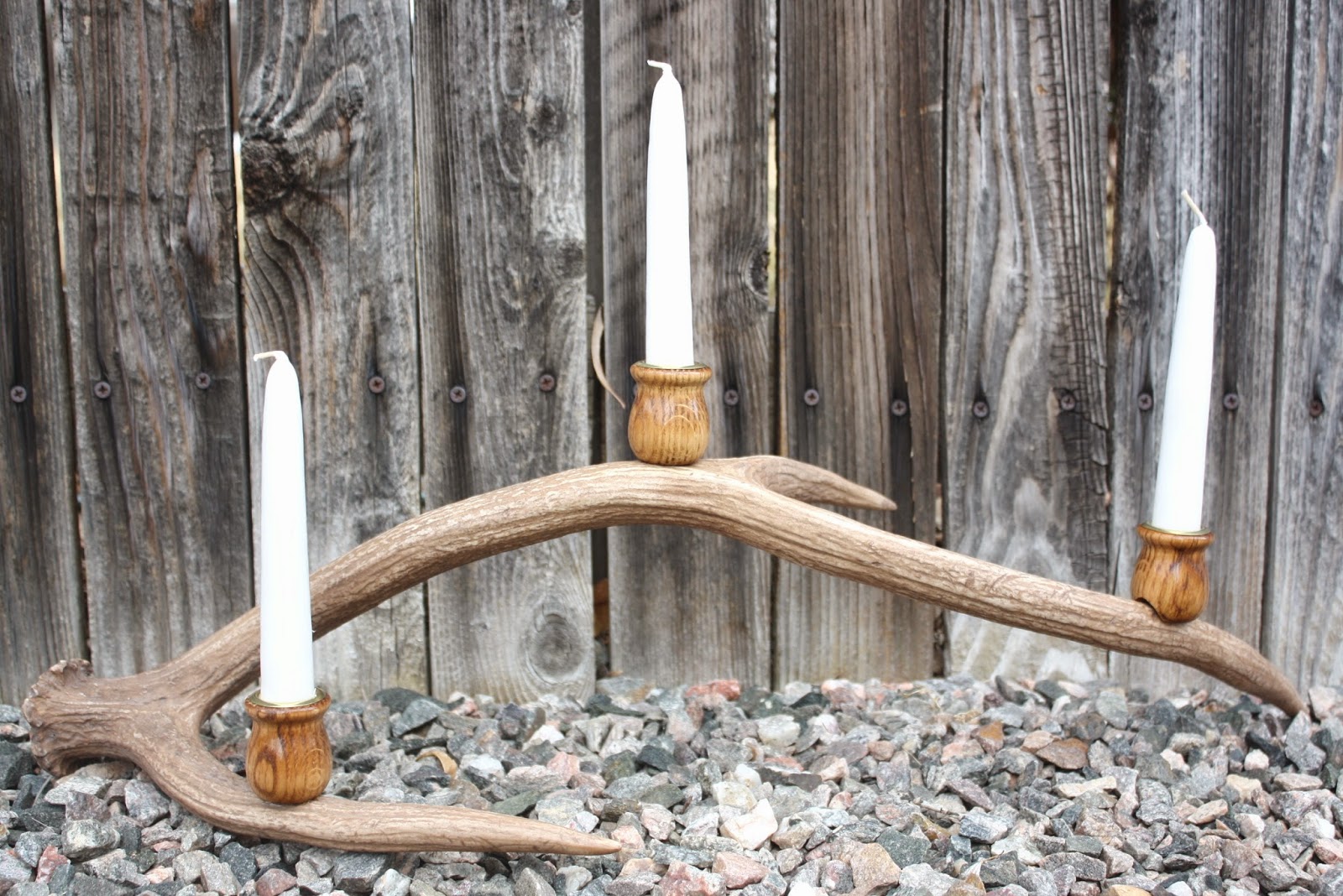 So far, he's made two of these babies....learning important techniques along the way and coming up with some pretty impressive pieces.

His first step was to sand the antlers with sand paper and steel wool to "clean them up" a bit.  After that he lightly stained them for a little deeper color (sanding again after that), but still natural looking.

We found the candle cups at Hobby Lobby, but actually they were only the wooden outside. Rockler Woodworking and Hardware in Denver had the wooden cups and brass inserts which gives a nice finishing touch and helps hold the candles snugly in place. 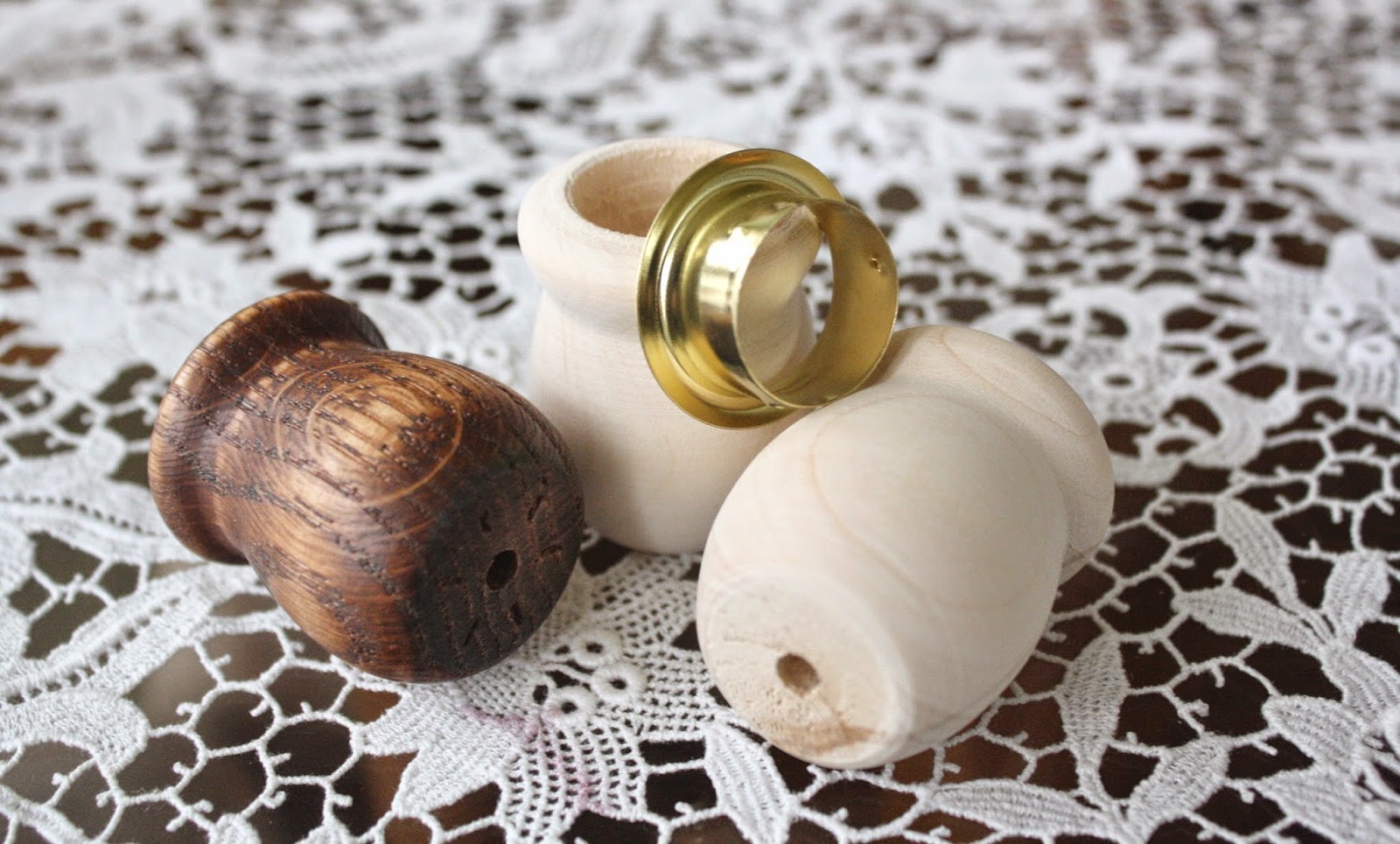 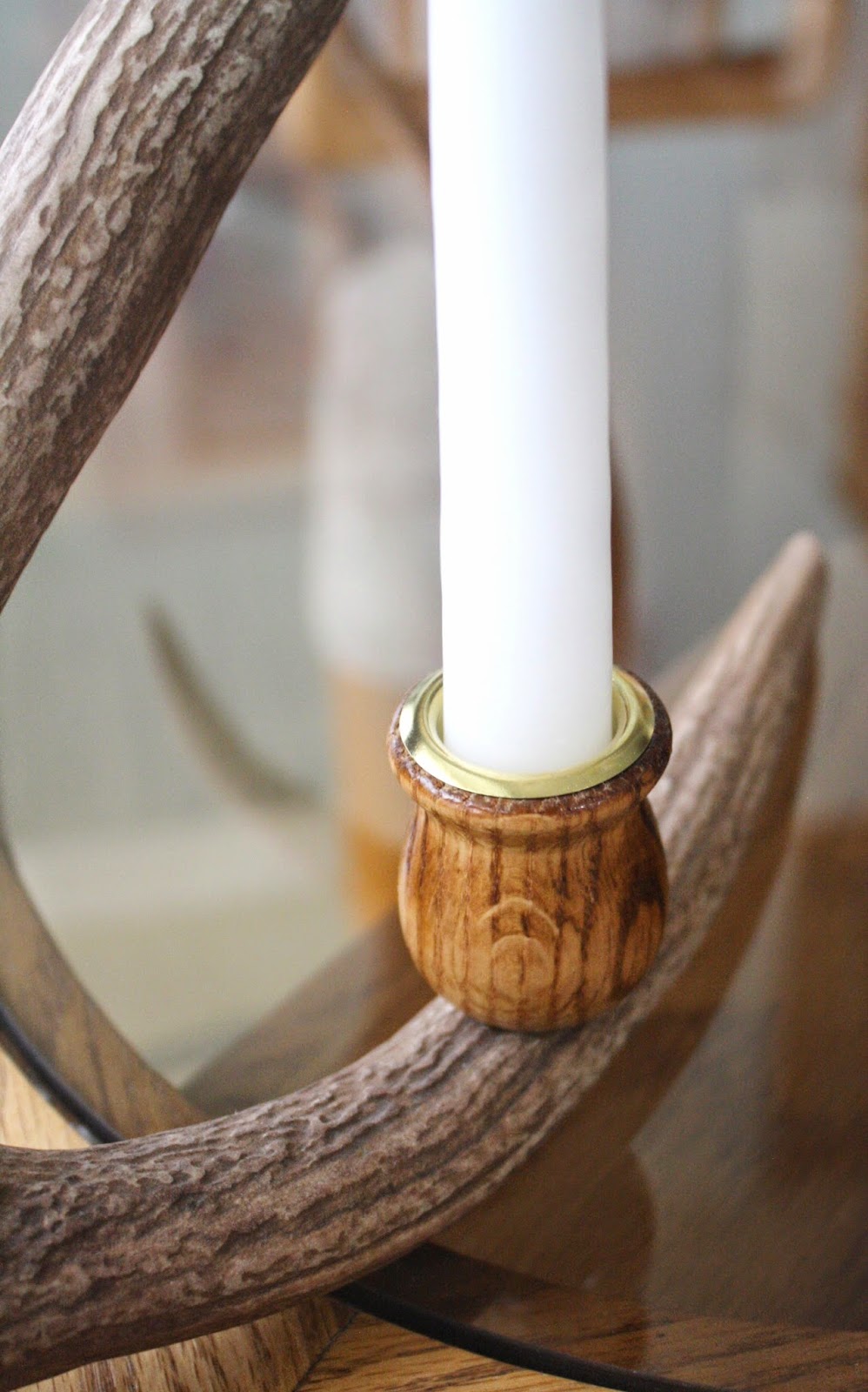 The cups are unfinished, so he played around with three different shades of stain he had on hand to find the one that would best blend with the antler color.
The cups are secured on to the antler with screws; you'll notice he even notched the bottom of one of the cups so that it sits securely on top of the antler. 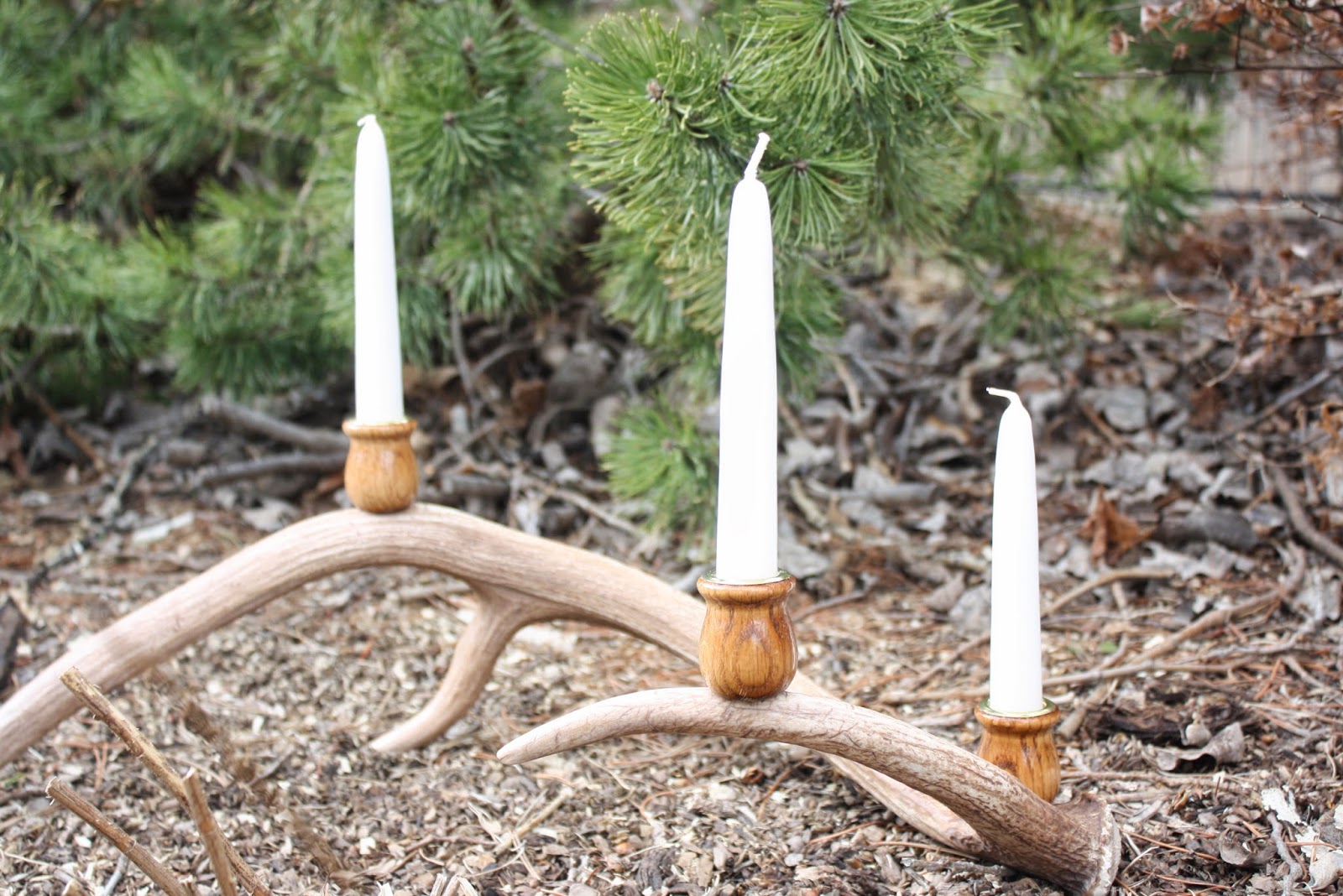 These particular antlers are from Axis deer.    He was also able to get me one other type of shed (Fallow deer) that I plan to work with to make a matching set of rustic candle holders, similar to those I spotted.

That however, will have to wait until after wedding season (I have too much sewing to do right now).   I'll share a post about those once they're finished.
Posted by Chris at 8:32 AM