I can still recall the Coat of Arms that was hanging in our family room when I was growing up.  My Dad was especially fond of it and I thought it was cool knowing where his surname came from and having a way to honor the name and the generations who came before him.

So, with that in mind I've been doing some crafting with the Coat of Arms of friends and family.  My first was a wine label for a friend's 60th birthday......and dopey me forgot to take a single picture.   The second is what you see here.,,,and the final one is a trivet for my Mother-in-Law (bottom of this post) 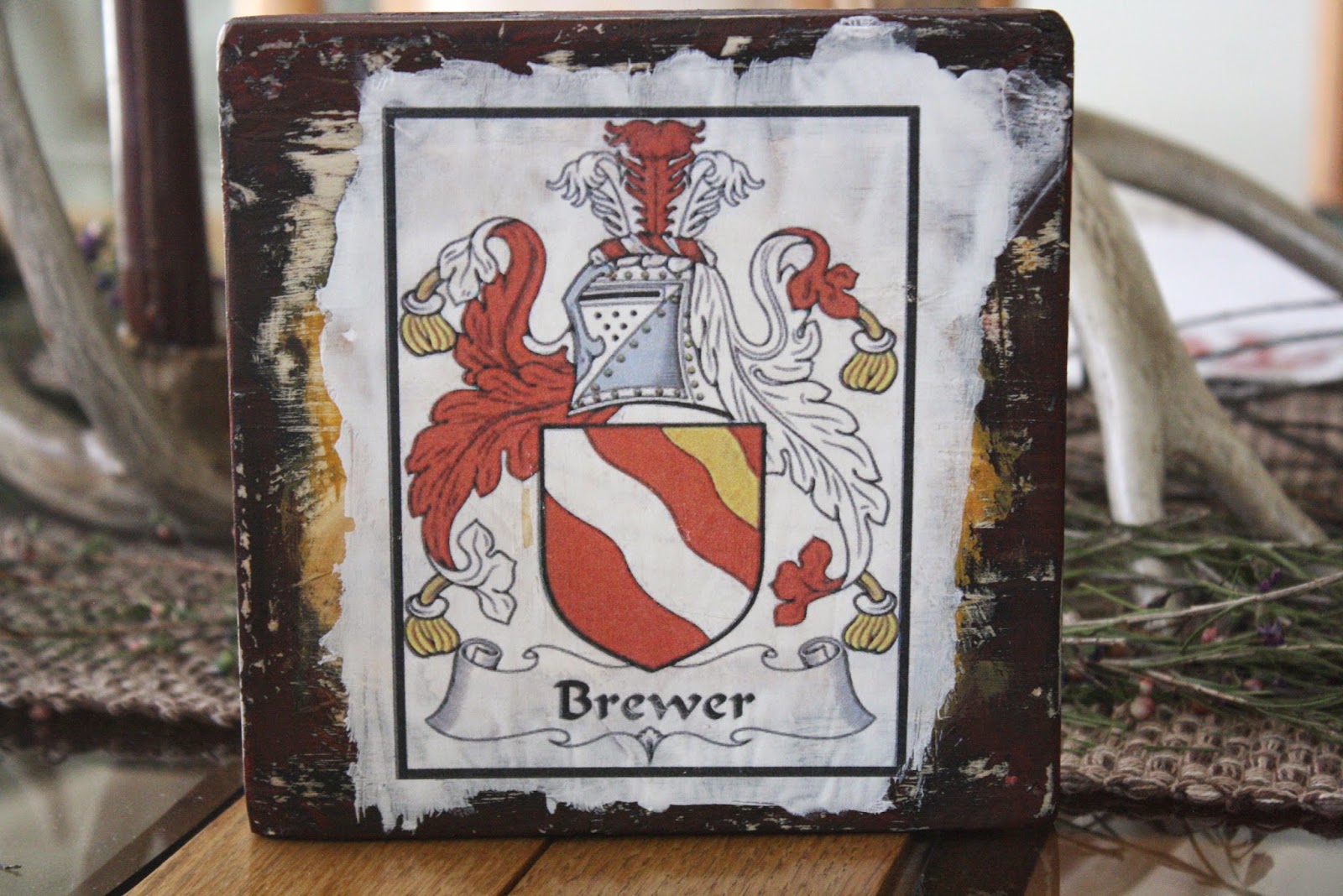 I wanted it to look old and worn, as if it were found in an old family trunk or something.  I started with a scrap piece of wood from the garage and promptly went to town distressing it.   That means wailing on it with anything I could find.....hammer, screwdriver, hatchet, etc. From there I took some craft paints and starting with black, I painted around the perimeter.  I then layered on some touches of red and gold.

After that step was completed and dry, I took the sander and began sanding the piece to remove some of the color, round the corners and remove any rough edges remaining from the above mentioned wailing step.

The next step allowed me to try something I had been wanting to do for some time now.  That is to transfer a photocopy of a picture to wood using a photo transfer medium.  I chose to use the Mod Podge medium, although there are other options available. 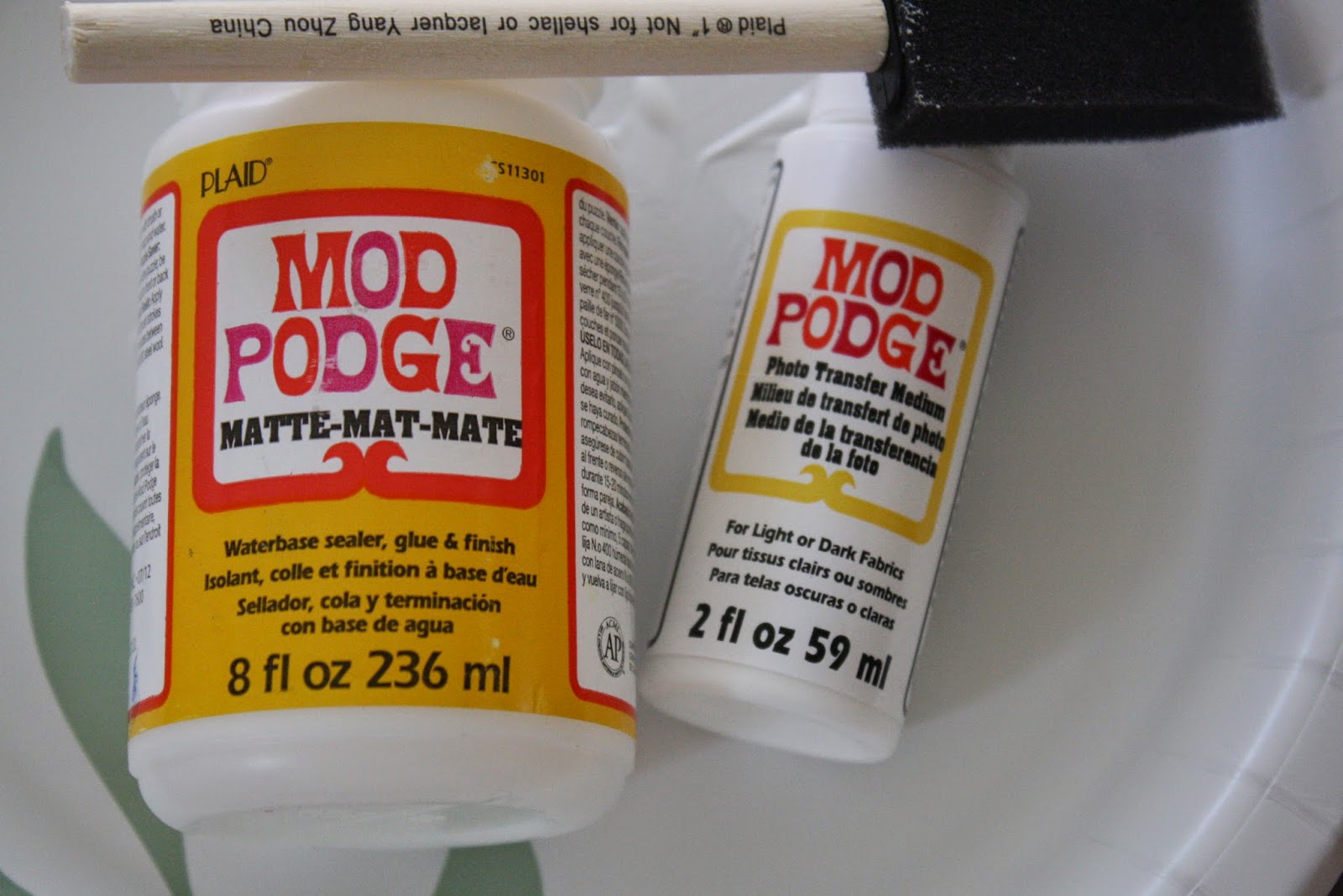 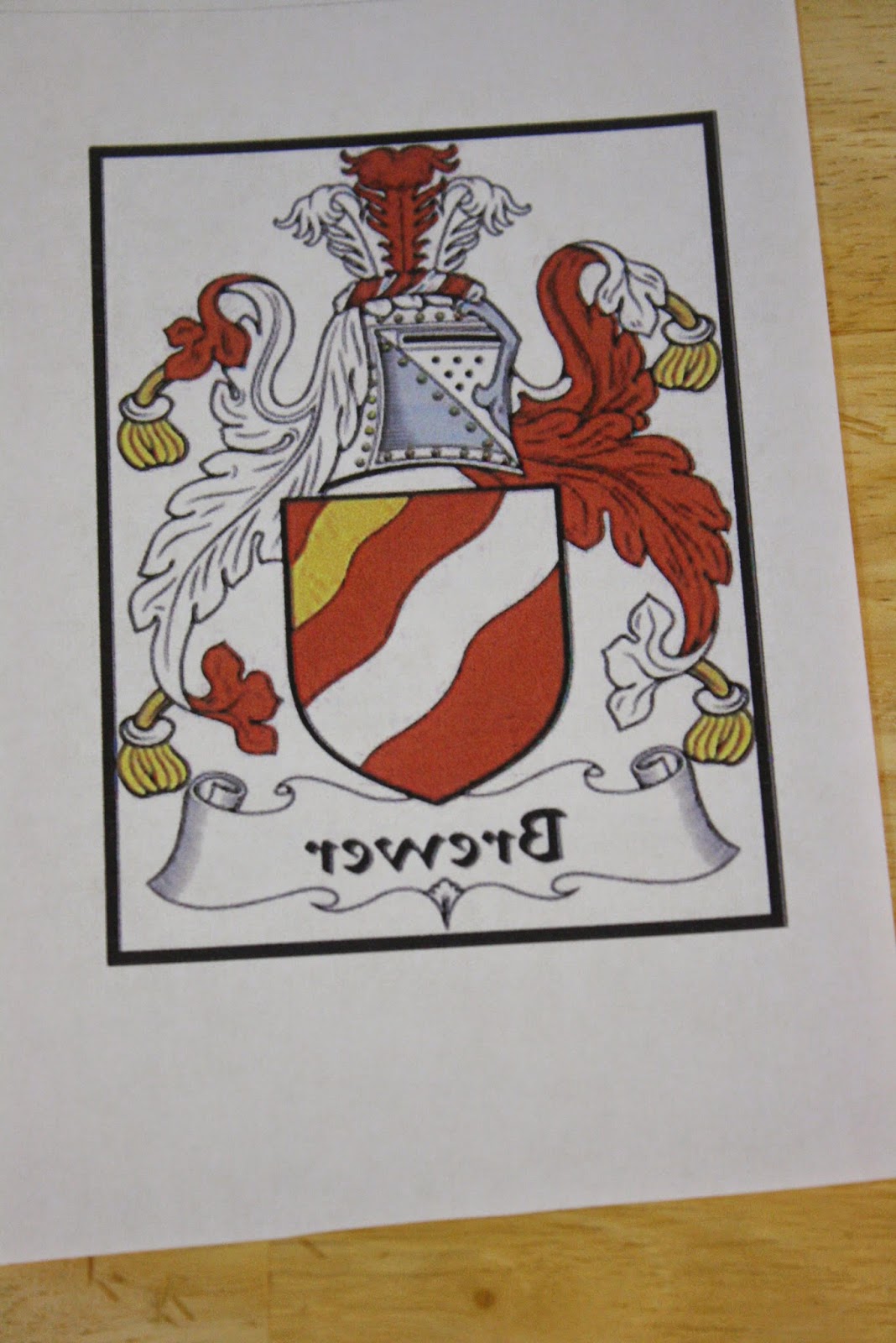 The first thing I needed to do was to mirror the picture since it had a name printed on it.  Since the picture is placed face down during the process, if it were printed and placed on the wood without "mirroring" the image, the Brewer name would have been backwards.  You do not need to mirror the image if it contains only an image. I have a mirror function in my Silhouette machine which made it really simple.

There are plenty of tutorials and videos available on the photo transfer topic, so I won't go through the steps, but it was pretty cool.  I do want to try a true photo in the future since they look really cool when finished.  Since there is so much white in the background of my Coat of Arms, it is hard to tell that the ink was transferred to the wood during this process.

Be sure to use a laser print photo copy for this process.  I went up to Staples and used their machine since I have an ink jet at home.  The final step was a good coat of Mod Podge over the entire thing for added protection.

Anyway, there you have it.....I'm really pleased with the outcome. I'm sure there is a little nook in the Brewer homestead that can display their official Coat of Arms....maybe when the newly finished basement is fully decked out?

To the right, is the official crest for the "clan" for my Mother-in-Law's Scottish roots.  She and her brother have spent a significant amount of time tracing their family heritage over the years.   Her maiden surname is McCabe, originally MacCabe.  MacLeod of Lewis is the clan name, the MacCabes became a sept (branch) of the clan at some point in history.  Clans are an extremely important component in Scottish lineage I'm learning.  A visit to Scotland a few years ago, even had her locating the family castle!

I decided to use the crest and add the official tartan (or clan colors) , and the MacLeod name for a trivet. Once I had used the ModPodge technique that I described above, I came back with the electric sander to distress the outer edges to give it a worn/aged look, as if the trivet were in the family for years.

I gifted it to my Mother-in-Law for her birthday recently.    She was thrilled with the gift and hadn't realized that I had made it.  I guess that's a good thing! 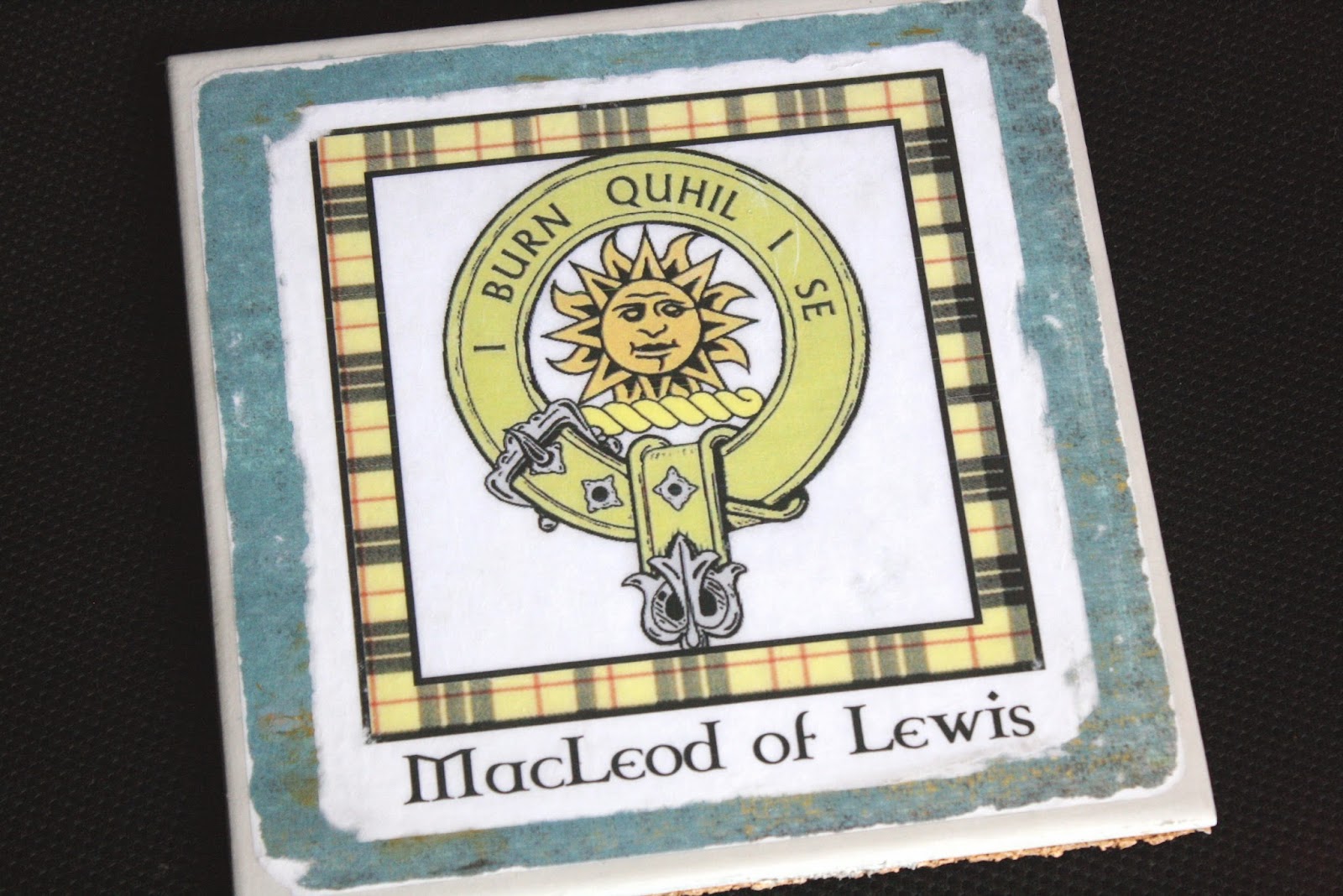