It was sometime in late November or early December when my daughter approached me about making her a dress for New Year's Eve.    She wanted a short off the shoulder dress, and it just so happened that I had some beautiful black lace that would be perfect.  I found a black suiting fabric for the dress itself on a trip to JoAnn fabrics.  I chose one with a two way stretch since we discussed the fact that she wanted it to be form fitting. 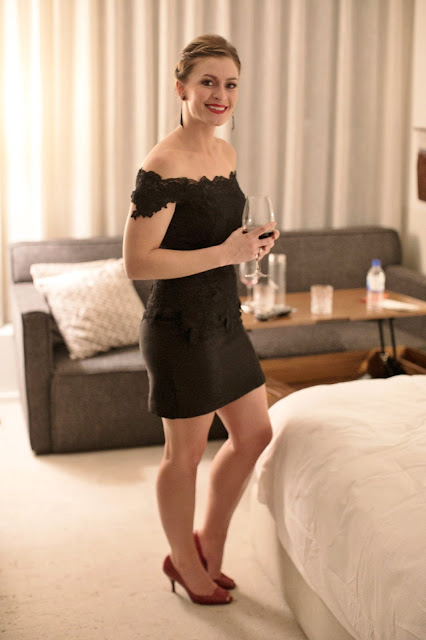 So here she is rockin' her little black dress on NYE 2017!

I began the project with a classic strapless dress with princess seaming in both the front and the back so I could d really fit the dress to her shape. 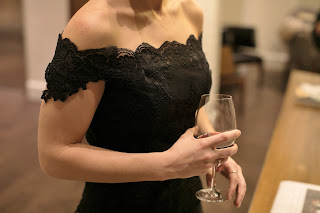 After that, I draped the lace on top of the dress to create the lace overlay.  As I was creating it,  I knew the scallop would at the top of the bodice (the off-the-shoulder piece), but I also wanted to take advantage of the lace motif, by cutting around the pattern highlighting the leaves and florals where the bodice ended right at the hipline.

I put in an invisible zipper up to the top of the underlayer and then strategically placed four sweet buttons at the very top in the lace. 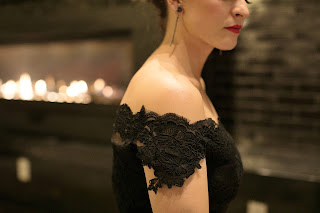 I apologize for all the differences in the lighting in these pictures, but some of them were obviously taken on NYE, while others were taken at different points in the project in my studio.

I love how it turned out....and better still, my daughter loved how it turned out.  Best part for me....since she was pleased with the final fit, I now have a"block" pattern that I can work from to make her all sorts of different dresses in the future without starting from scratch each time!
Posted by Chris at 12:57 PM 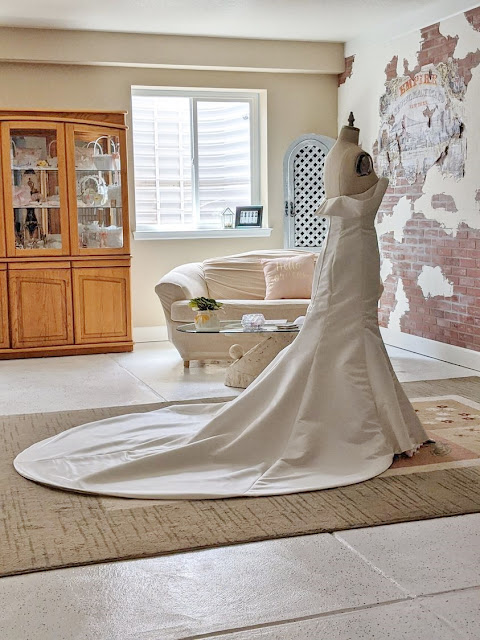