S'MORES IN A JAR

I love the idea of serving dessert in a jar....it looks so sweet...no the other kind of sweet...you know, as in, cute/adorable.  But, it was also sweet, the way any good dessert should taste right?  I actually made this for the styled shoot I just collaborated on with my daughter.   I made a "two spoon" version using a small mason jar, but I could see making these for guests in smaller jelly jars; the perfect portion for just one person!

You will find some recipes that use chocolate pudding and marshmallow fluff along with graham crackers....in that case, you need a kitchen torch to toast the marshmallows.   Since I don't own a kitchen torch, I opted for the version that you toast under the broiler with a cake or brownie middle.

I can't site a specific recipe, since I combined some ideas from various recipes that I read.....I went really easy, avoiding any baking of cakes/brownies since my dessert was mostly for show.  I started by creating a graham cracker base by crumbling several graham crackers, adding  some melted butter and a touch of sugar.  Then, I bought a small piece of cake (in the day old/clearance section of the bakery), some marshmallow fluff, large mashmallows and a chocolate bar (for garnishment). 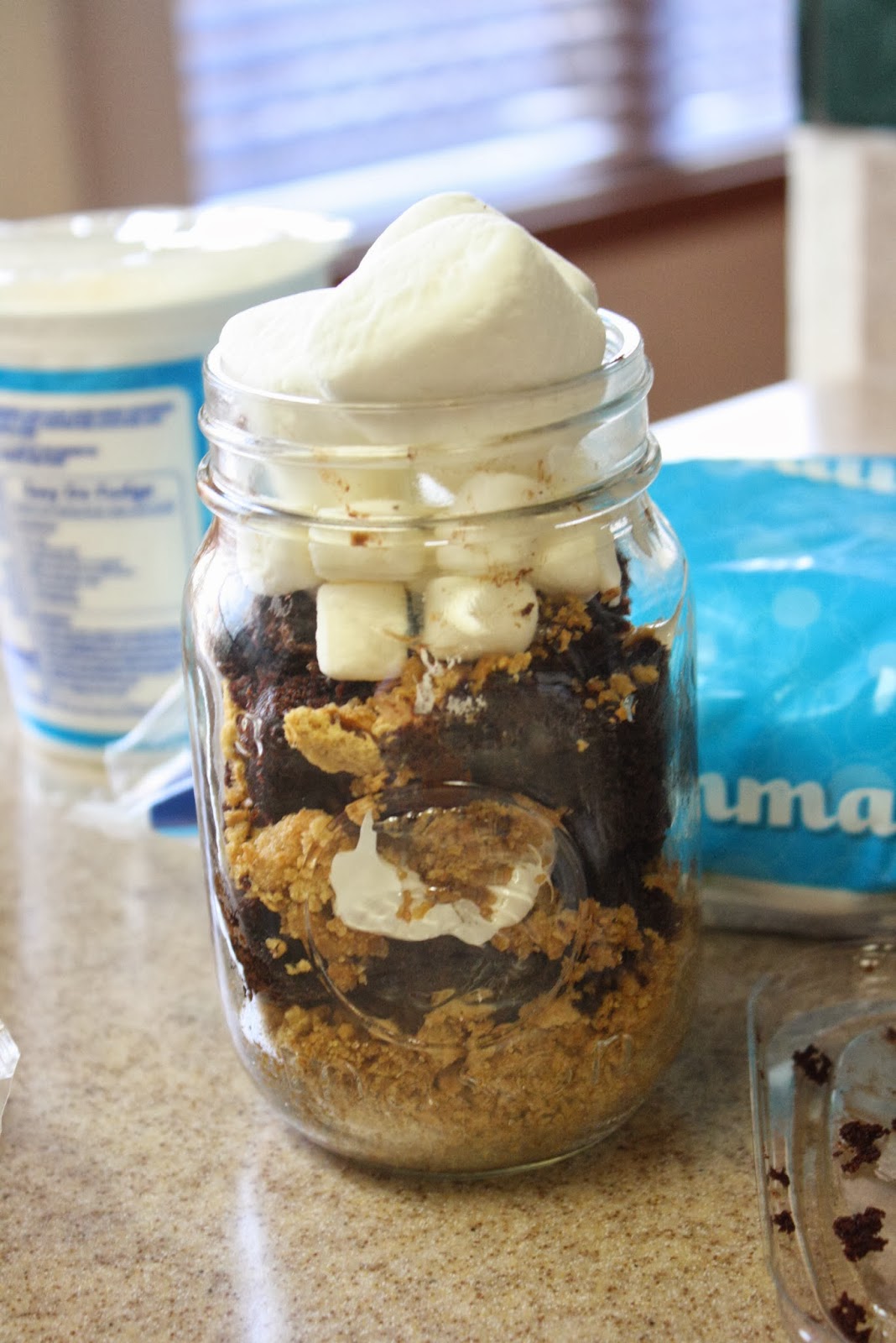 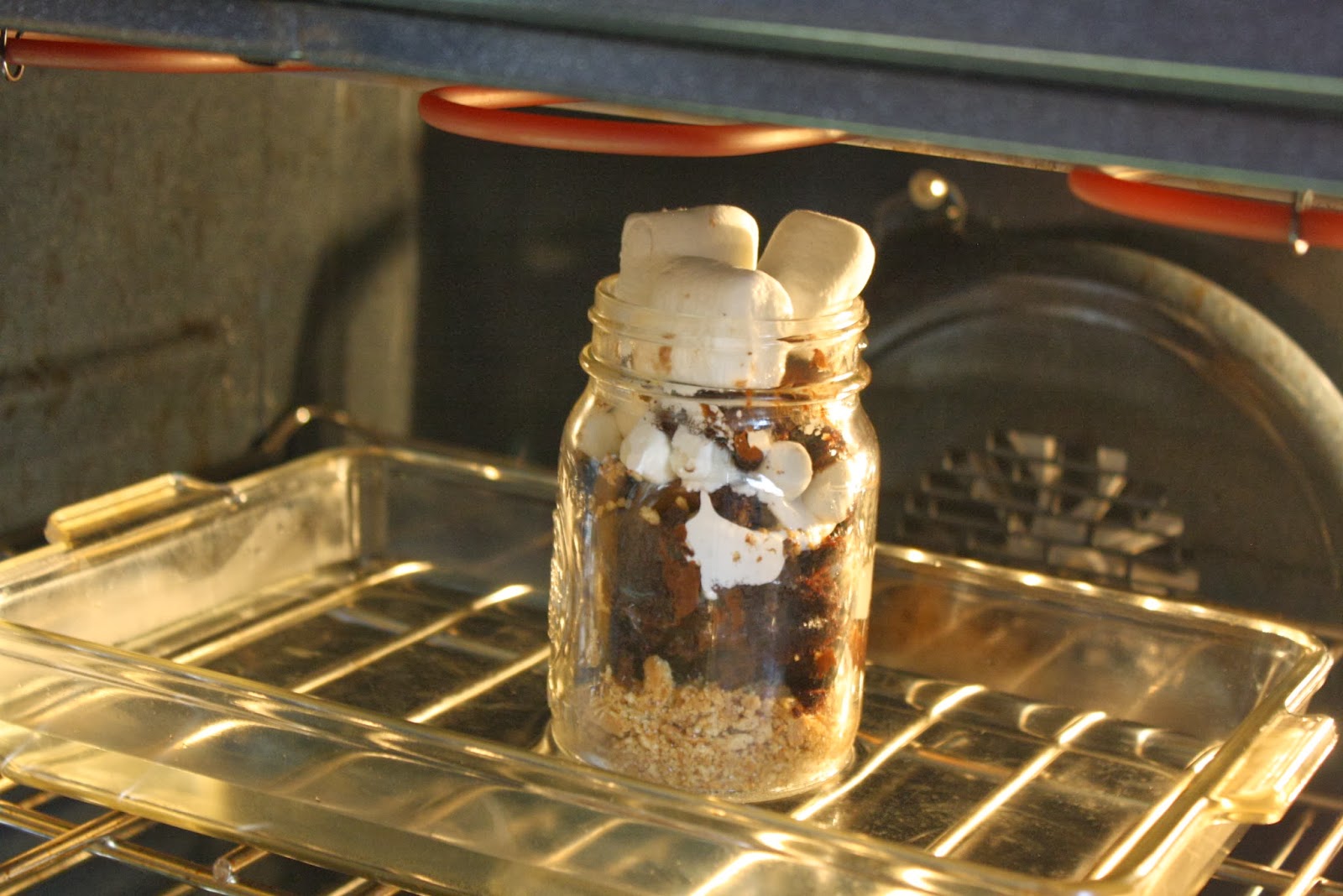 On top of the graham cracker crust, I crumbled up the cake and added it to the jar, alternating with some marshmallow fluff and one more layer of plain old crumbled graham crackers.....there is absolutely no science here.....I was layering based upon eye appeal..   Since I wanted the inside to melt a bit more, I put it in the microwave for about 20-30 seconds.  The final step was the most fun.....I topped it with several large marshmallows and put it under the broiler to toast (put the mason jar in a dish with approximately 1 1/2 inches of water).....I kept the oven door open and turned it periodically so the marshmallows would toast evenly. 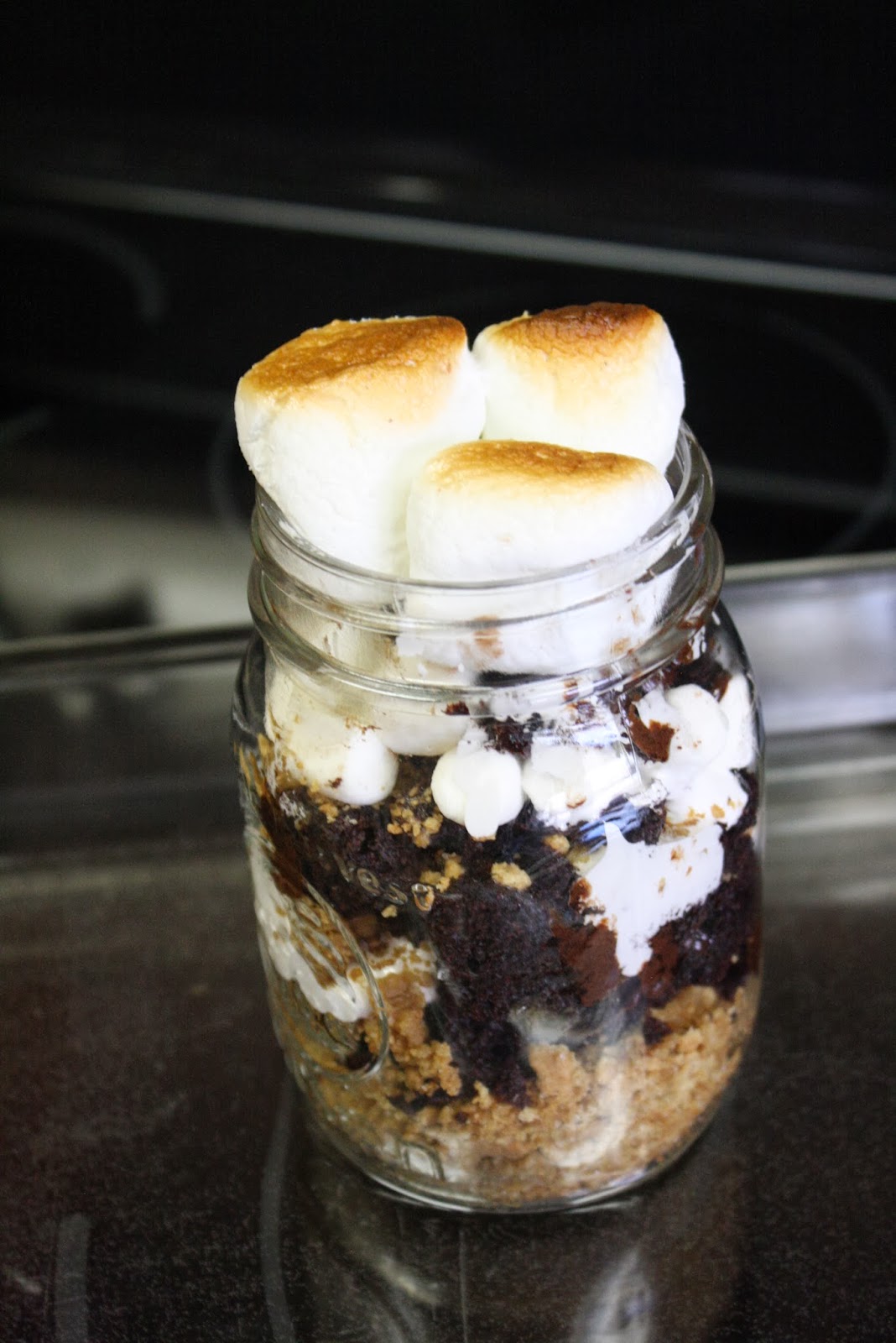 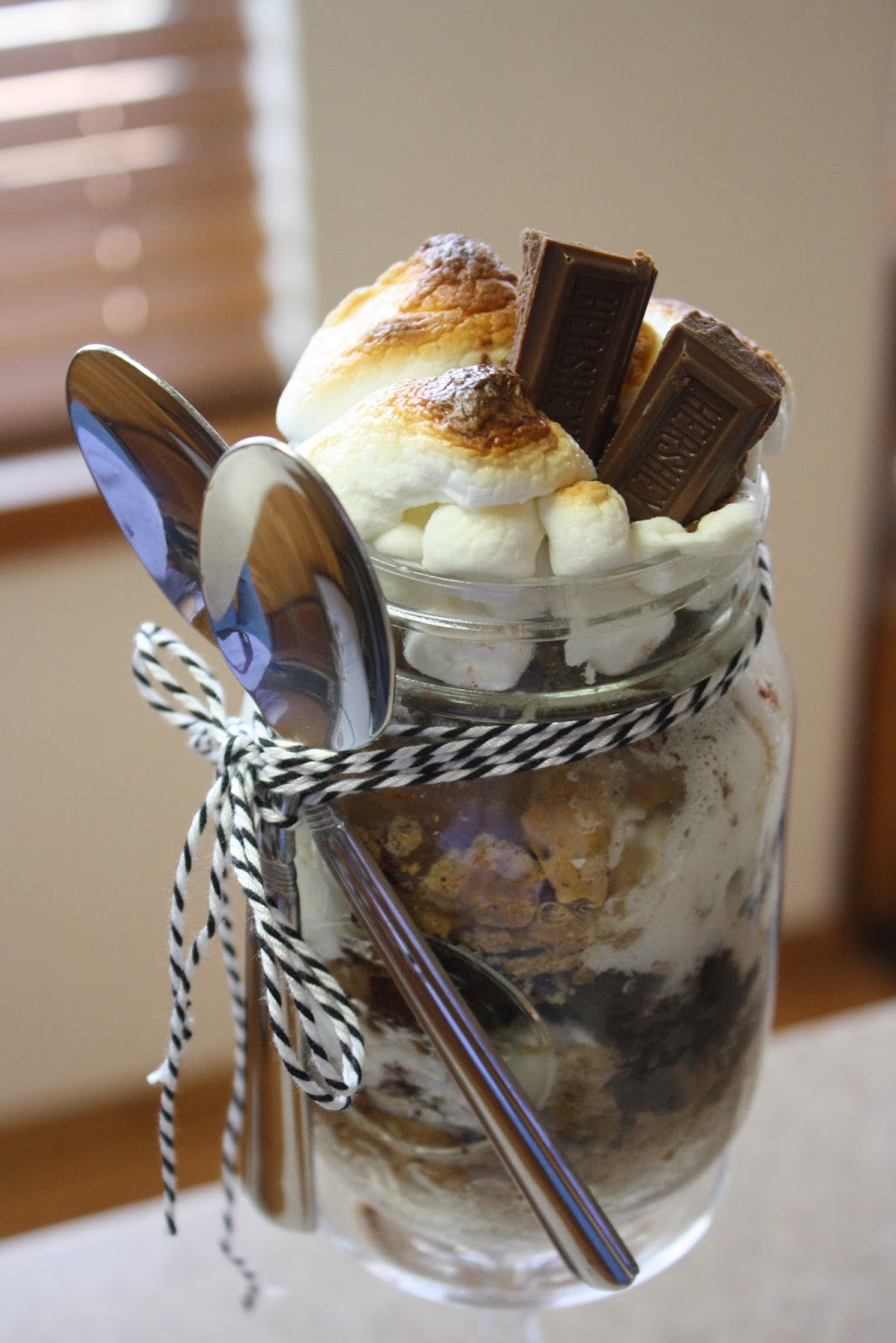 A word to the wise......since I made mine the day before the shoot, the marshmallows had gotten crusty and of course it had cooled, which made it dry...so don't do that if you are making these for a dinner party or a special dinner date with your Significant Other.  These need to be enjoyed warm out of the oven, you can assemble them, but save the microwave step and toasting until just before you are ready to serve dessert so everything is ooey and gooey.

Put a couple pieces of chocolate into the marshmallows for garnishment and enjoy!
Posted by Chris at 5:21 PM