A few months back I spotted some large buttons in the home decor section of Hobby Lobby.  They were in with other items for a little girl's room.....but they screamed to me of a great addition to my sewing/design area.  I had made (my husband was a great help) some spools of thread back in 2012; I also painted and put my logo on a pair of large wooden scissors about the same time frame...... so of course, it only made sense that I should have a pair of extra large buttons to match! 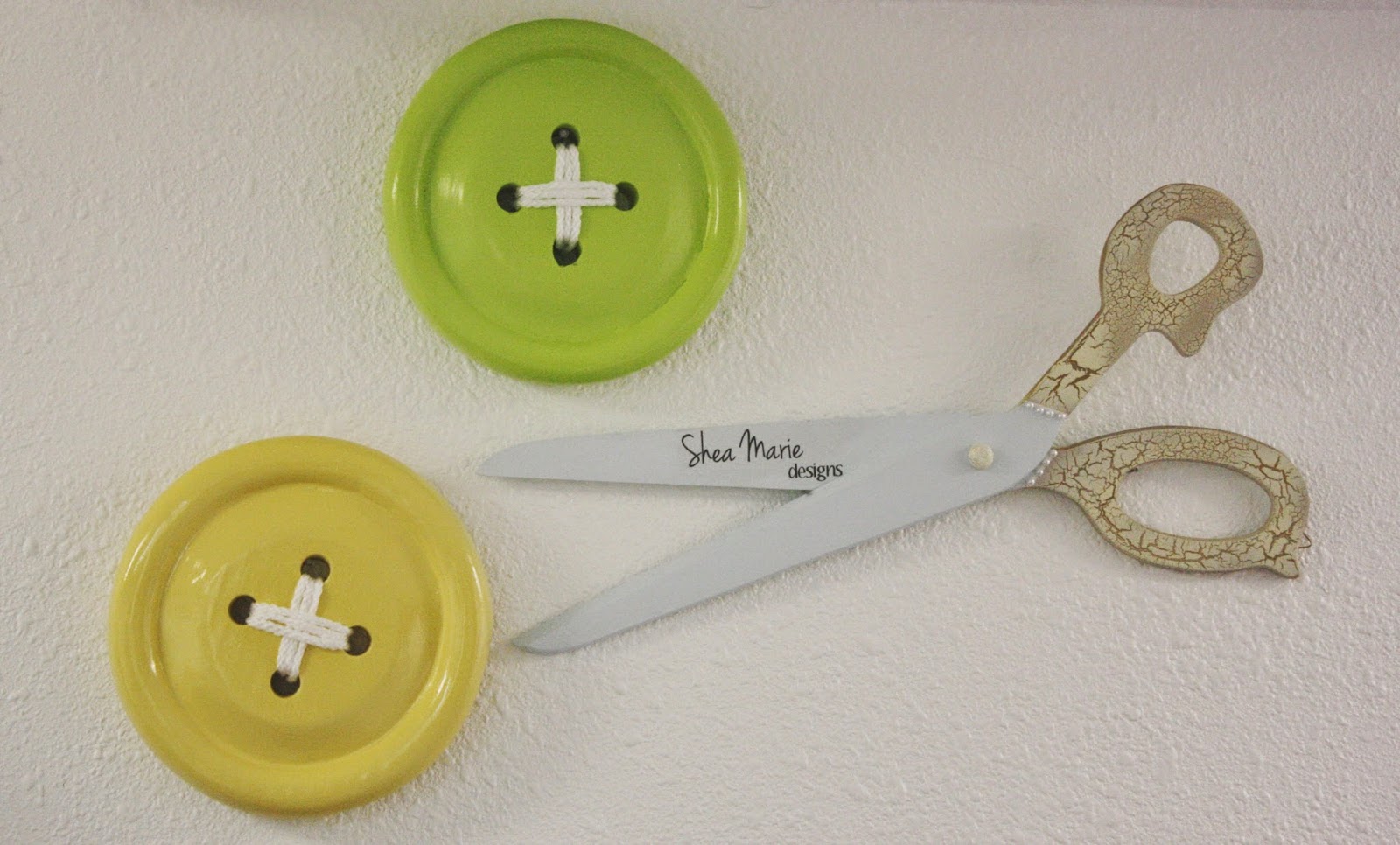 This looked like a project that was right up my husband's alley.  He is very skilled at woodworking, plus he enjoys it.   So, I showed him the picture I took on my cell phone when I was in the store and he enthusiastically, graciously, willingly said he would/could make me a couple.  Yay!

I snapped a few pics along the way to share the project with you. 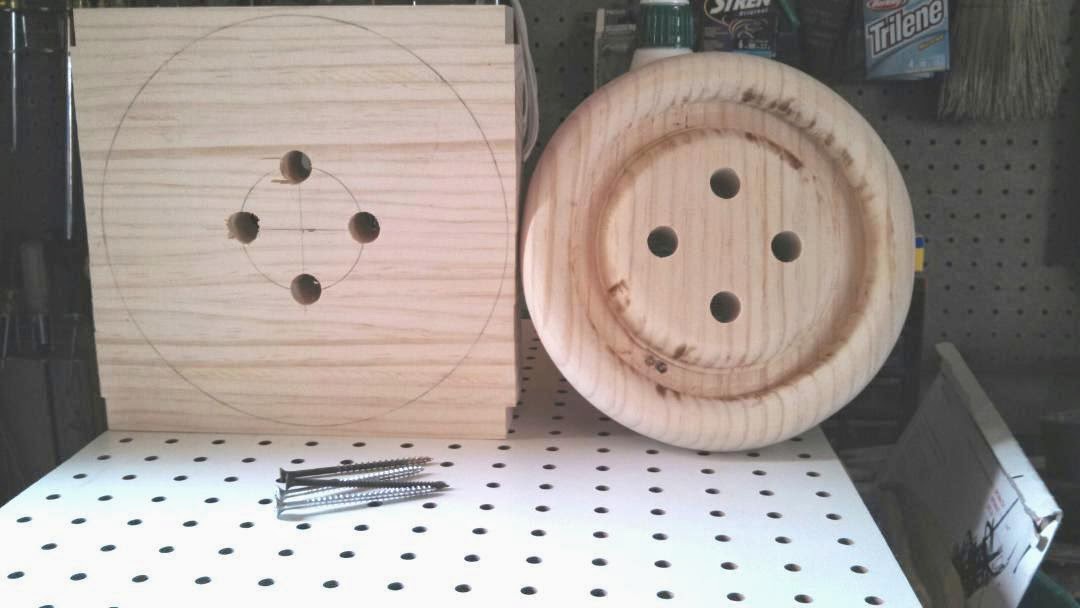 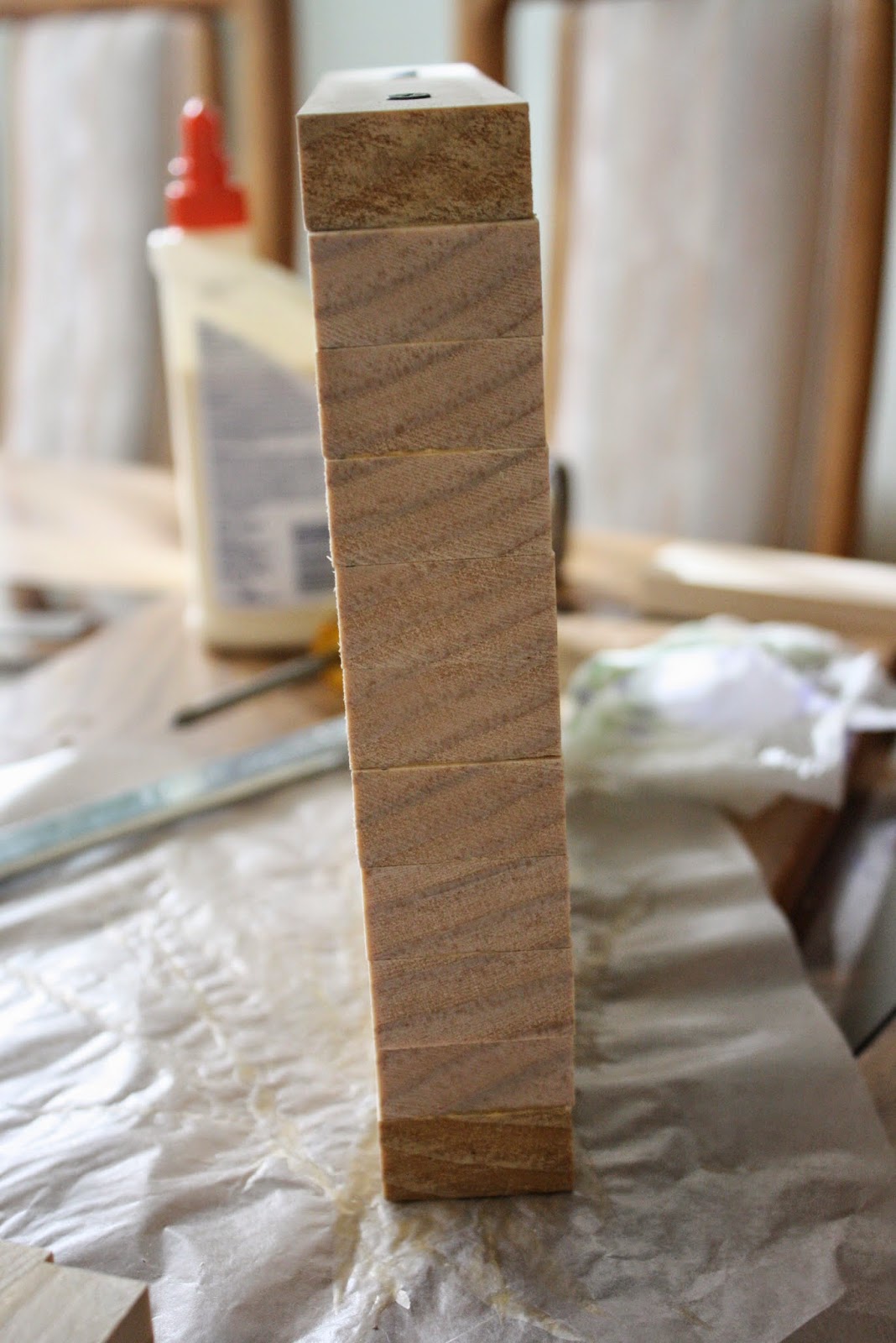 Since there wasn't anything pre-made that measured a 10" diameter wood circle at Lowe's or Home Depot, he chose to create his own.  This meant cutting and gluing together several 2" pieces of wood.

The next step was to draw a 10" circle and cut it on the saw.  He used his router to give it dimension and then used a drill for the four holes.  Now, I realize I'm over simplifying all the steps and leaving out the 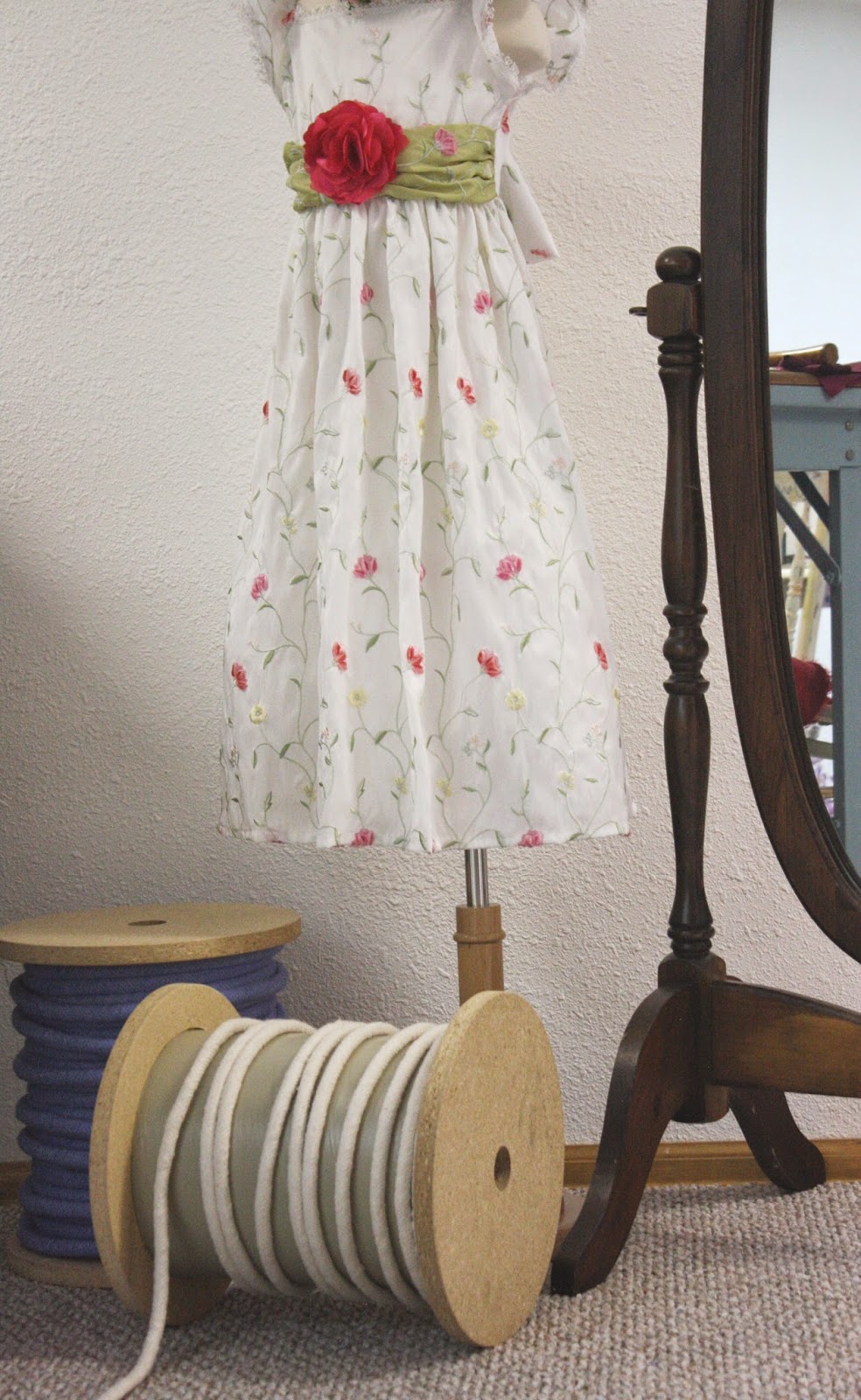 cussing and multiple trips to Home Depot for different drill bits and other sundries along the way.....but, for me....it's just what I wanted.  He is very much like me when I sew....a perfectionist!  So, he wanted to do this, that and the other to make it super perfect.  But, I thought they looked great and I really appreciate them even more knowing they were made by hand. 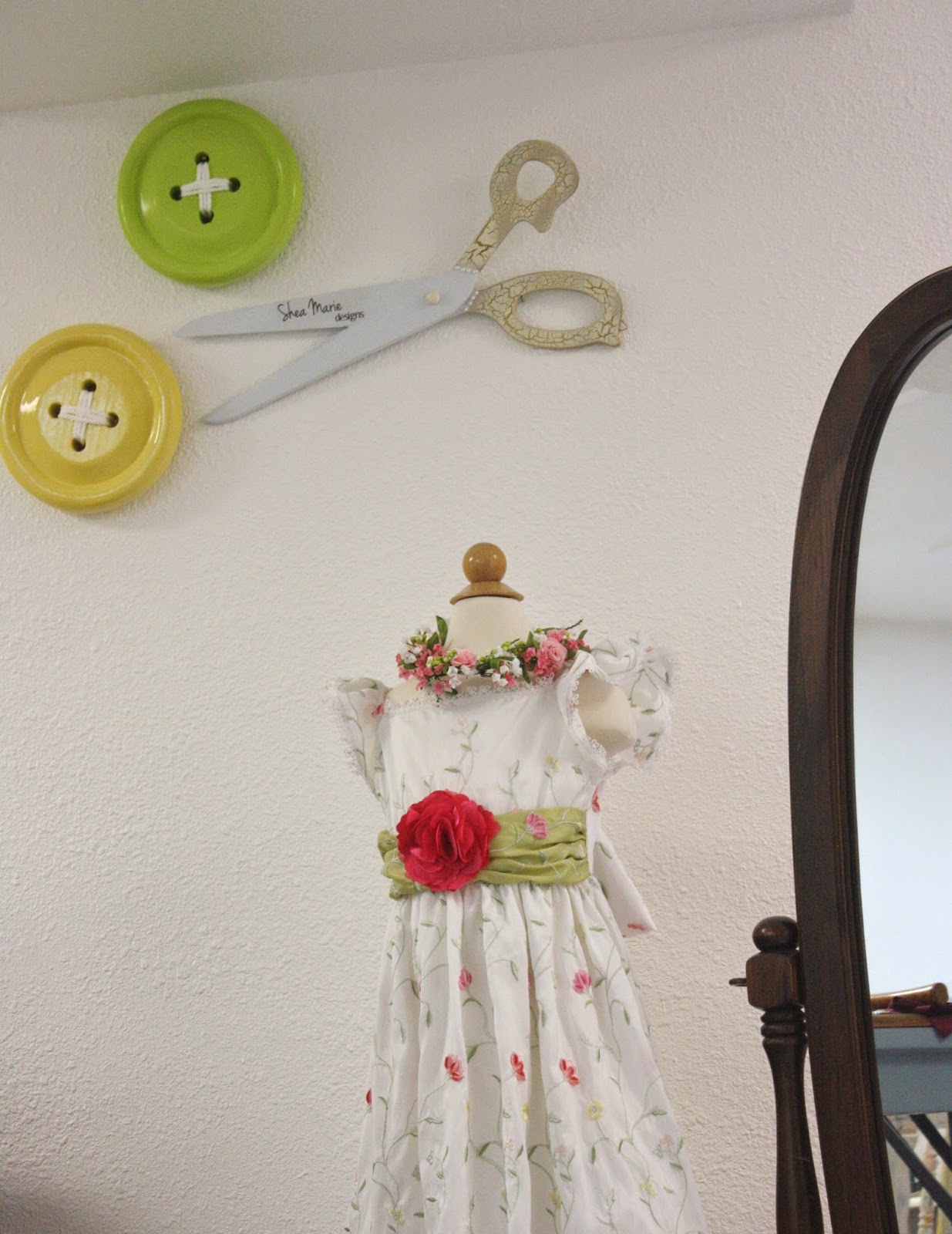 My contribution was to select and purchase the spray paint colors and add the cording to make it appear as if it they were sewn onto the wall. They look cute....and they compliment the other knick-knacks that make my area my own.