I was inspired by a photo layout in a recent Martha Stewart wedding magazine and decided to make these for my sewing/design area.  The funny thing is, we had this empty cement core in the garage for some time (from an outdoor planter project that my husband tackled this past Fall), so this project allowed me to put it to good use. 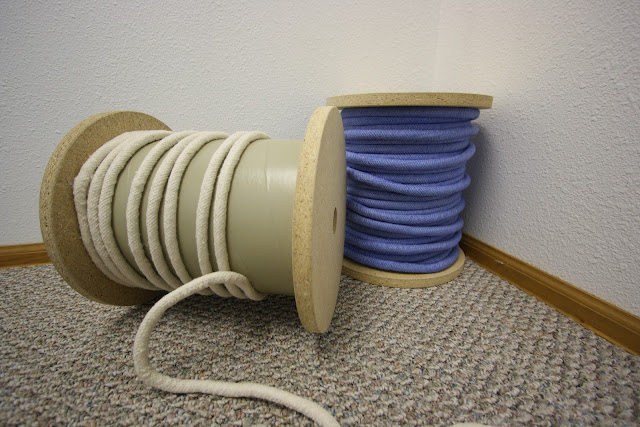 The first thing I did was spray paint the core a neutral color
and then my husband sawed it into two pieces for me so that I could make two spools. Before it was cut the core was approximately 24" in length. 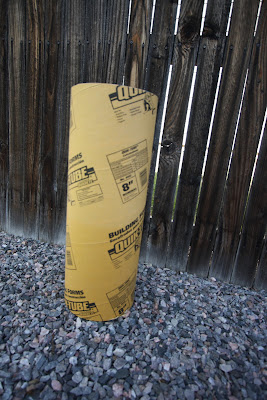 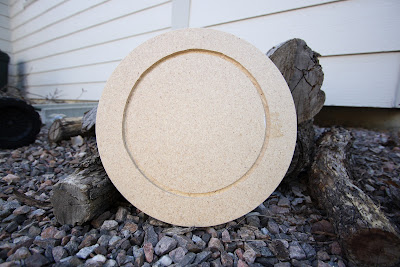 We bought a total of four pre-made particle board discs at Lowe's.  These come in several diameters; I went with 12" discs.

He then routed a groove the diameter of the core so that it would sit firmly in there; then used wood glue to secure the tops and bottoms to the core.

After that he drilled a large hole in both the top and bottom of the discs. 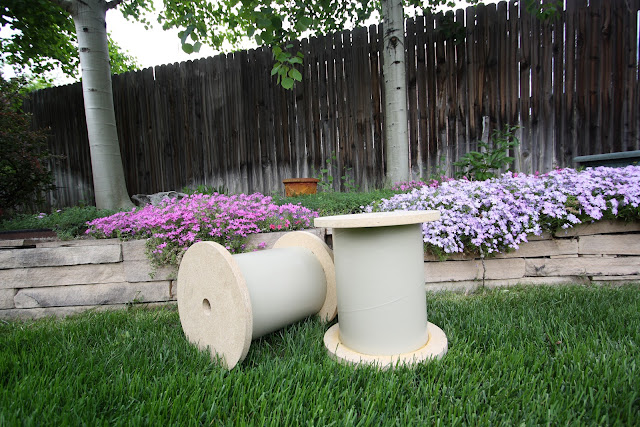 I bought some very large upholstery cord at JoAnn Fabrics.  I mixed up a batch of blue Rit dye and 20 yards were dyed blue; the other 8 yards I left natural.

Then I just wound it around the spools; hot gluing sporadically and voila'!   Perfect accents for my room.
Posted by Chris at 2:43 PM