I've strolled past these vintage boxes at Hobby Lobby, Michael's and JoAnn's at least a half dozen times and finally stopped and gave it some thought yesterday when I was at Michael's.  It dawned on me that one of these could be really fun for the gift table at my daughter's wedding.

I know many folks have used the birdcage idea, but (of course) I wanted something unique.  The more I studied the patterns and styles, the more I liked the idea.  Plus, one of them looked like a mini-suitcase with a Paris, France theme.  So cool....because, my "son-in-law-to-be's" family is from France.  Sacre Bleu!!!  It's meant to be....... 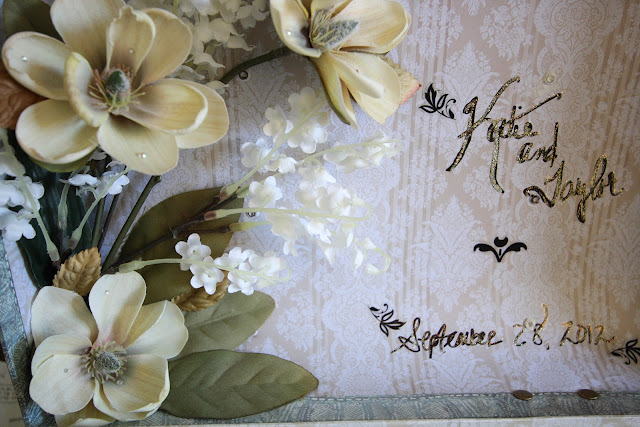 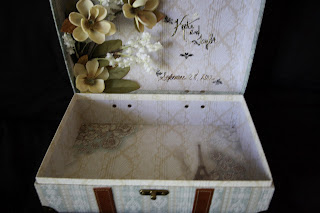 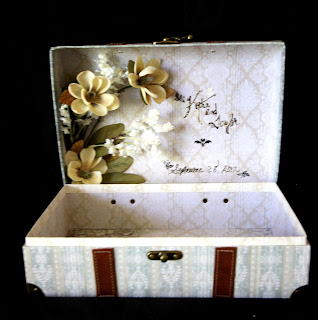 So, I picked up a sprig of silk magnolias and used that and a sprig of silk lilies of the valley that I had on hand and went to town hot gluing the little suckers into the inside of the box.


I wrote their names and wedding date on the inside in black marker, went over it with a glitter glue pen....added a couple of stickers and I now have a beautiful custom treasure box to use on their gift table!

My daughter was tickled and said they could use it later to keep treasures from the wedding (e.g., a "save-the-date", wedding invitation, bridal shower invitation, etc.).  That was a nice plus that I hadn't considered, but made me feel good when she realized an added use for it! 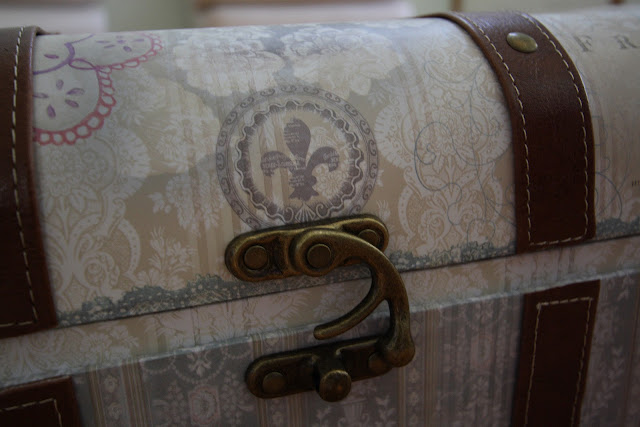 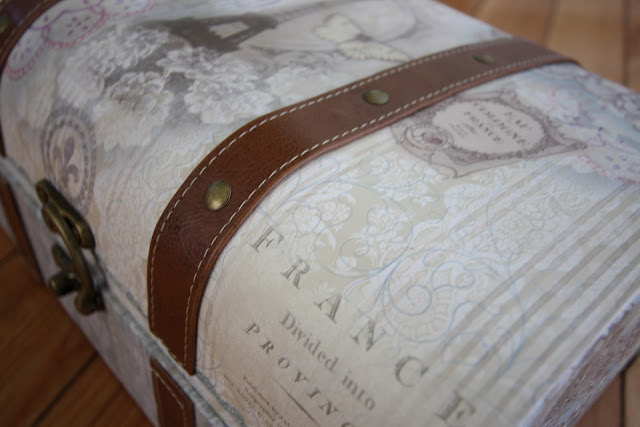 Yesterday, we also took care of the tuxes.   Very productive day, no doubt.