This project was a first for me....AND, it was fun!   This poor little bride has such a hard time finding shoes; it's been an ongoing saga her entire adult life.   She wears either a size 5 or 5 ½ shoe and had been all over town looking for just the right shoe to compliment her wedding gown.  She had tried department stores, big box shoe stores, you name it.  When she could find something she liked, it didn't come in her size and vice versa.  So, she opted to purchase a pair she found online.   As we all know, that can be a real "crap shoot"...but she was desperate.   When she received the shoes the embellishments on the side were a bit over the top and unfortunately, were also a pale blue versus what appeared to be white online. 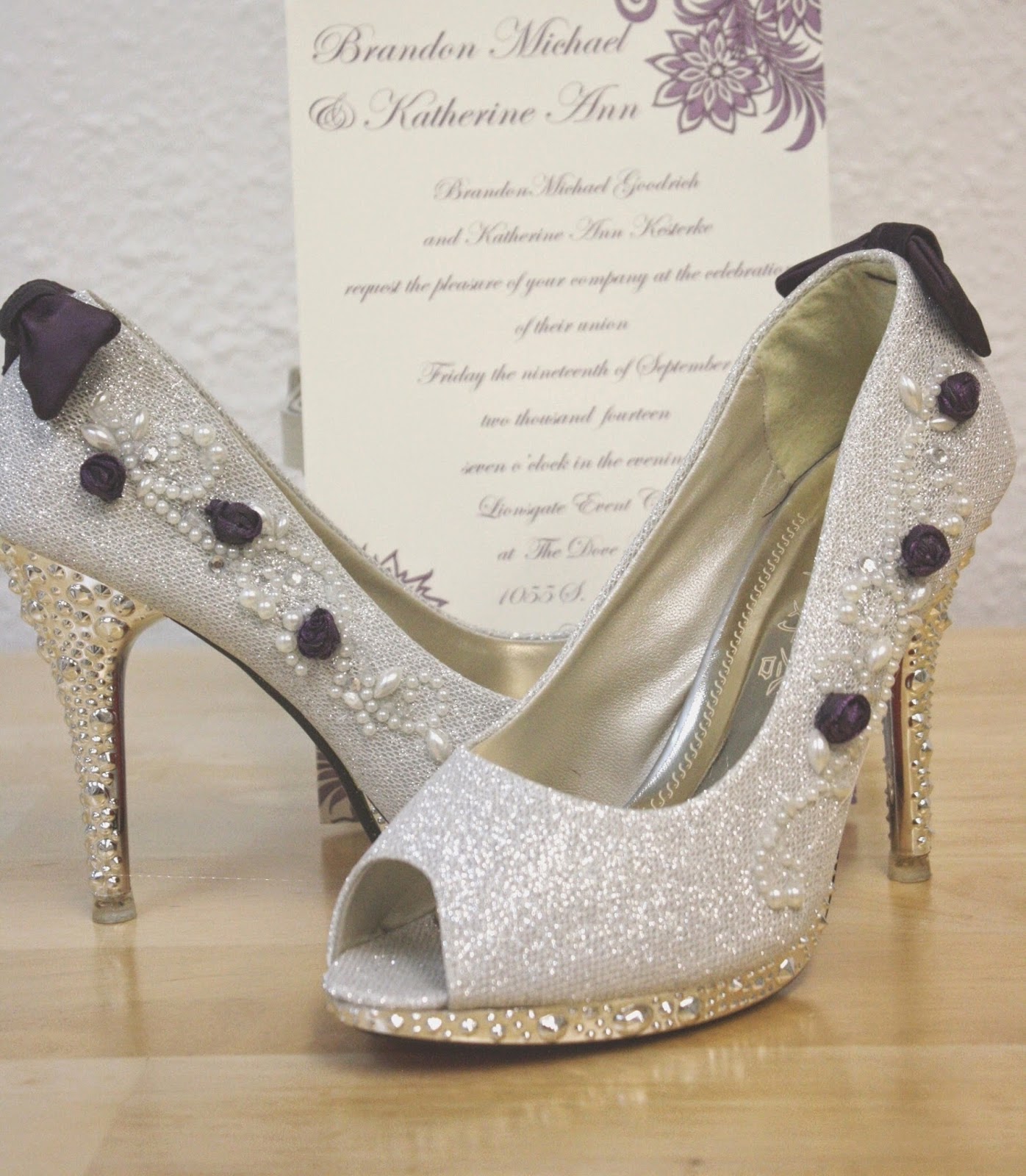 So, we decided to rip the trim off the shoe and add something that would match the color palette of the wedding.  I had hemmed her sister's bridesmaid's dress, so I saved the fabric and used that to make the bow for the back of the shoe.  Then, I took a trip to Hobby Lobby to find the pearl filigree designs (I had used this for another project and thought it would look pretty) and ¼ inch plum ribbon that I could use to make rolled roses.
I used the trusty glue gun for the pearls, rhinestones and roses and then sewed the bow (I used this ginormous upholstery needle) to the heel of the shoe and topped it off with a couple dabs of glue....I didn't want that little sucker falling off!
The silver looks awesome with the gown and while she was originally hoping to find plum color shoes, the bow and roses were the next best thing.  This "shoe makeover" is the perfect solution for this bride!
Posted by Chris at 3:20 PM