When I went rifling through my recipes, I found this one.  The paper had yellowed with time and it didn't even have a title on it!  So, I've made up my own.....I call it Cheesy Bacon Bread.....and man-o-man was it worth hanging on to all these years.  I'm guesstimating this as circa 1980's...why?  Well, remember when printer paper had the holes on each side of the paper?  Long before ink jet and laser printers...they were called dot matrix printers.  I know...I know...I'm showing my age!  The recipe was printed on dot matrix paper.

Anyway, this bread was heavenly.  It's made in a bundt pan and you can just tear off pieces and eat it until you fall into a bread coma.  I can see this being a fun food for a football party...add  in some chili, or other finger foods.  It can definitely feed a crowd that's for sure! 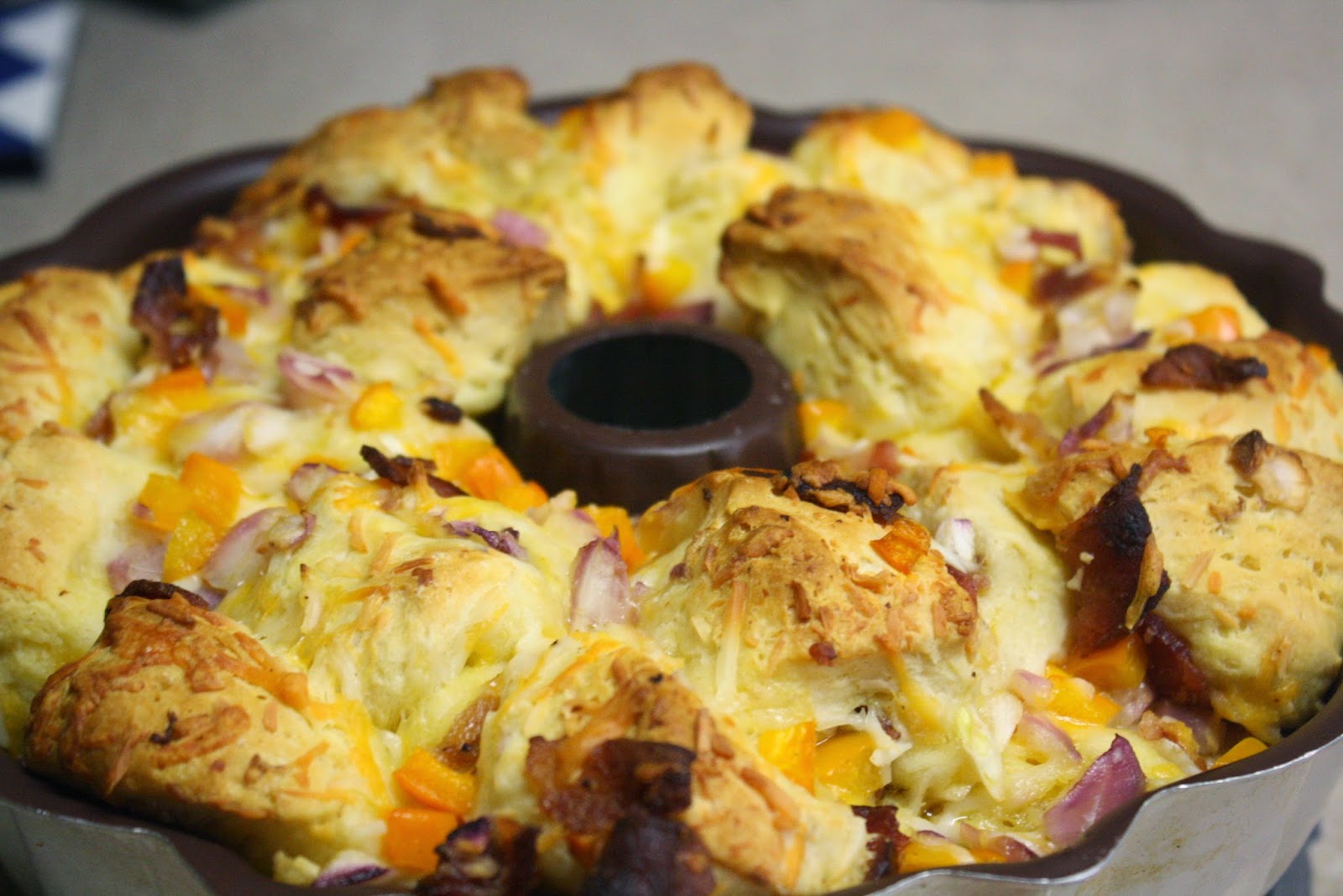 The recipe is fairly simple....the most time consuming part was cooking the bacon.  But, while that's cooking you can also chop up your pepper and onion.

Cut each biscuit into quarters.  In a large bowl, mix together the biscuits, melted butter, pepper, onions, bacon and cheeses. 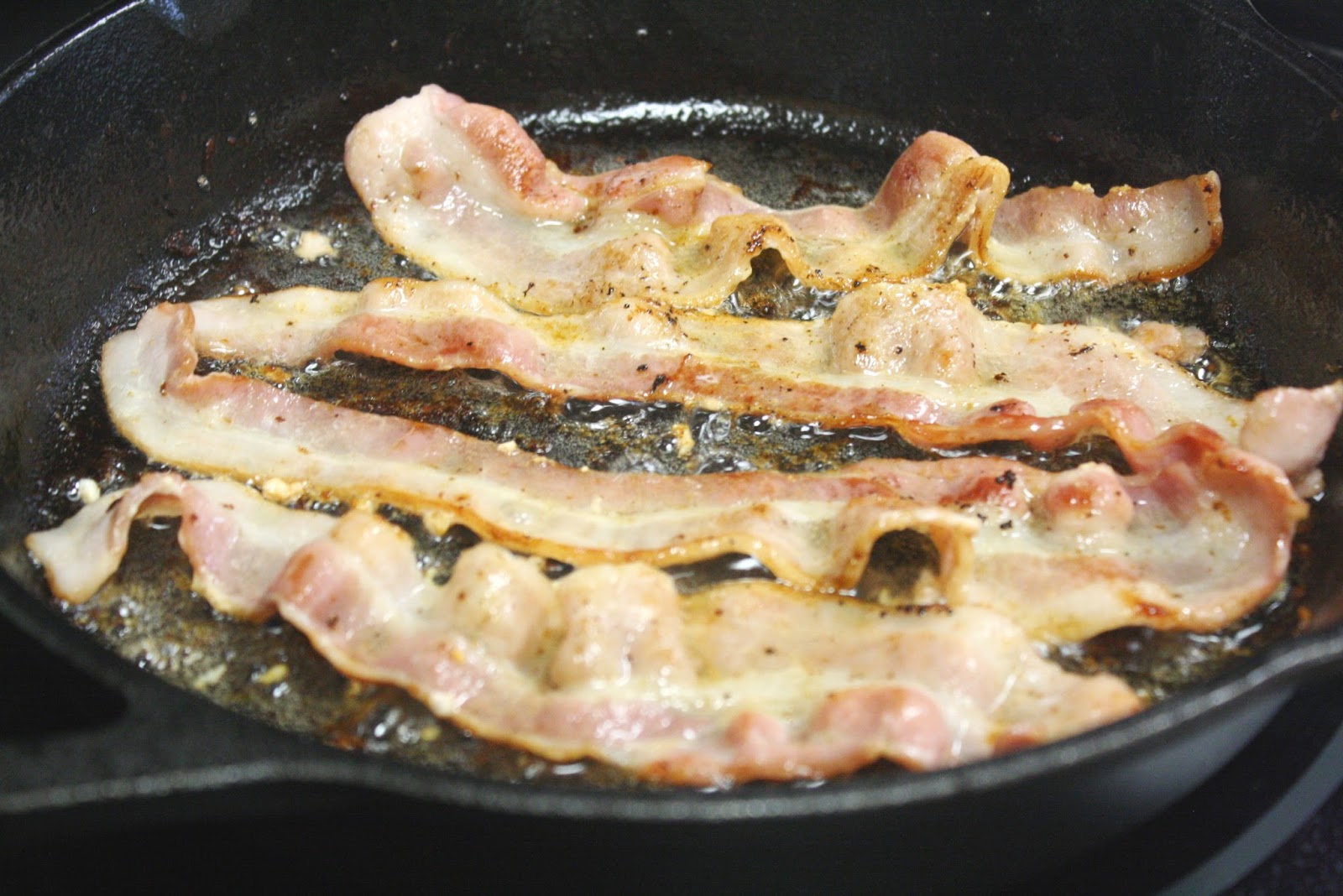 Pour everything into a bundt pan and cook at 325 degrees for 45-60 minutes.  Let cool.  Remove from pan.

Pull off pieces and enjoy! 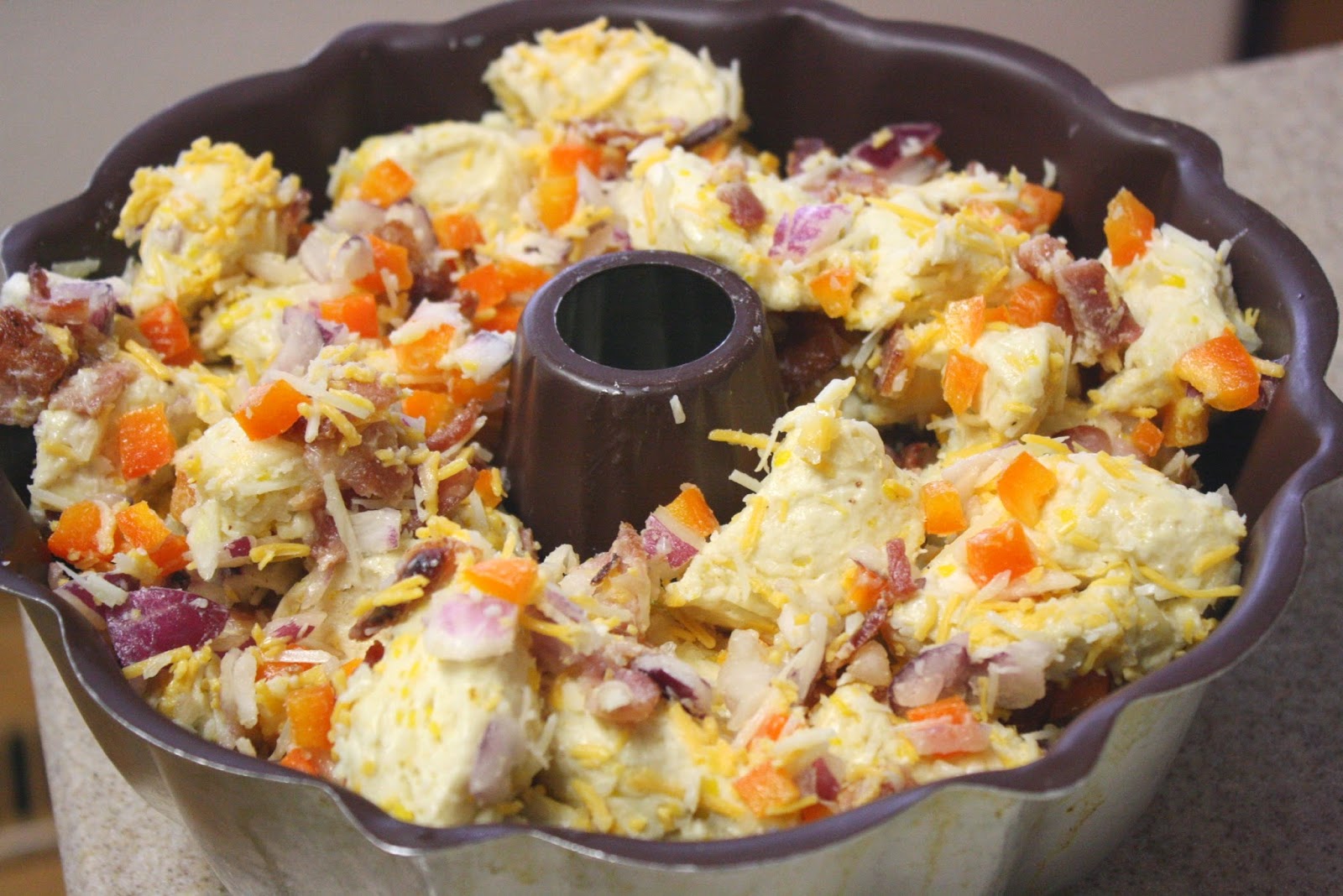 In my pics, you'll notice orange bits....I happened to have an orange bell pepper on hand so I substituted that for the red/green pepper.  I was also thinking, as old as this recipe is, I'm sure Pillsbury hadn't even developed the "Grands".  They added a bit of extra butter flavor which was great.  The original recipe called for 45 minutes.  I found I needed to bake mine 60 minutes....again, I'm thinking that's because my biscuits were so huge, the pan was just filled to the brim with ingredients.  Next time, I plan to increase the amount of cheddar to 3/4 cup....it originally called for 1/2 cup (and that's how I made this loaf).

I tell you, the house smelled great all day long!  I ended up freezing a couple large freezer bags full of extras...it was way too much for just the two of us!  Enjoy!
Posted by Chris at 9:17 AM