Just had to share a "his" project with you.   Check out this wine rack that my husband made!  Isn't it cool? 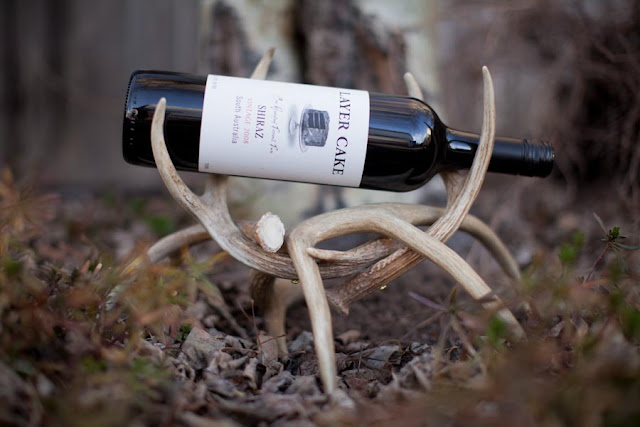 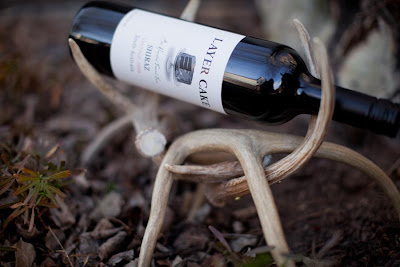 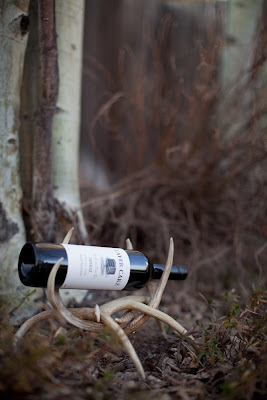 The rack is made with four deer antlers; one large, three small.   You could purchase "sheds" on-line or possibly have some luck finding some yourself while hiking, or they could be the result of a successful Texas deer hunt like my husband recently had.   We have enough venison to last us for many months to come.   Yum....

Anyway, the trickiest part of this project was playing around with the antlers to create just the right angles and support to hold the wine bottle.  Once that was determined, he had to apply glue (tip:  after trying several types which didn't work, gorilla glue did the trick) to the two key touch points.  This provided a temporary bond to allow him to screw into the antlers from the underside; this rack has a total of six screws providing a permanent hold.   Be forewarned...using a drill on antlers creates a really foul odor....best, to ask for a bit of advanced warning so you can steer clear of the garage during this step!

The final step (this was my contribution) was to mix up some paint to match the hue of the antlers and paint over the screws so they were camouflaged.   (special note from the designer:  he would normally "counter sink" the screws and use a wax pencil to cover the screw; however, because the circumference of the antler was relatively small, he chose not to use that approach)

I think this little project earned a prime spot on the fireplace mantle!
Posted by Chris at 7:18 AM