Remember the Petit Four disaster?  Well, I wasn't going to let that stand in my way of baking some delectable delights to top off the Easter dinner this year.  So, lookie, lookie what I made!! 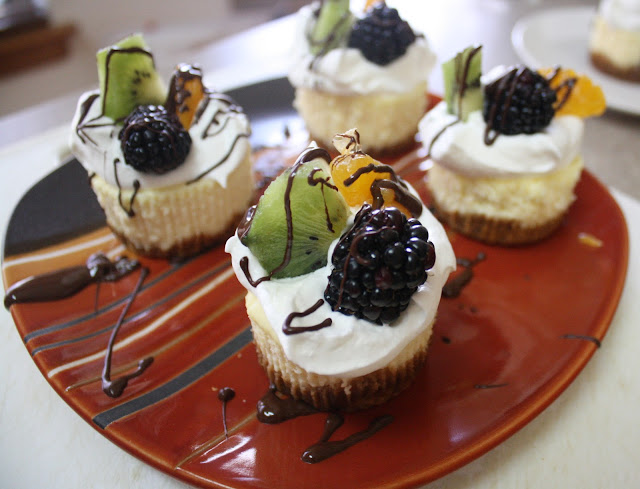 While I looked over plenty of recipes, I'm claiming this one for my own since I combined several to come up with this one.  This will make 16-18 cheesecakes, depending on how much you fill the cups.

Crust:
1 cup graham cracker crumbs
2 Tbsp. sugar
3 Tbsp. melted butter
1 tsp. cinnamon (love the extra flavor the cinnamon added)
Mix all the above ingredients and press into individual muffin liners (I'm going to get me one of those mini cheesecake pans for the future)

Topping:
Beat one cup heavy whipping cream and 1/4 cup powdered sugar until soft peaks form; add a dollop to the top of each cheese cake and top with fresh fruit.    Last, melt a large bar of dark chocolate in a baggie in the microwave.  Cut the tip off the end of the baggie and drizzle over the fruit. 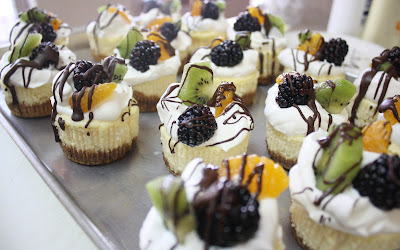 Don't they look yummy?  They really were....I made 17 and they are gone, gone, gone!  They weren't all eaten that same night, six went home in doggie bags.....but none-the-less they are just a memory right now. Enjoy!
Posted by Chris at 1:14 PM